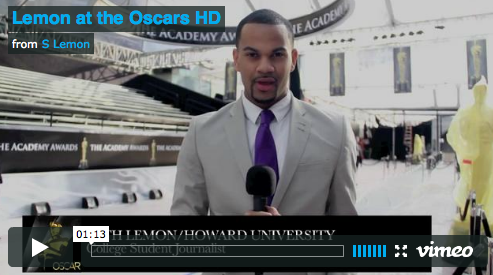 Seth Lemon was selected to join the hosts of the 83rd Annual Oscar’s pre-show distributed by Comcast Network Affiliate stations.  Lemon wrote, produced, and hosted a behind the scenes segment of the Academy Award’s red carpet as part of an entertainment news feature for live broadcast and on-demand syndication.

Lemon was chosen from more than six hundred Journalism students in the United States.