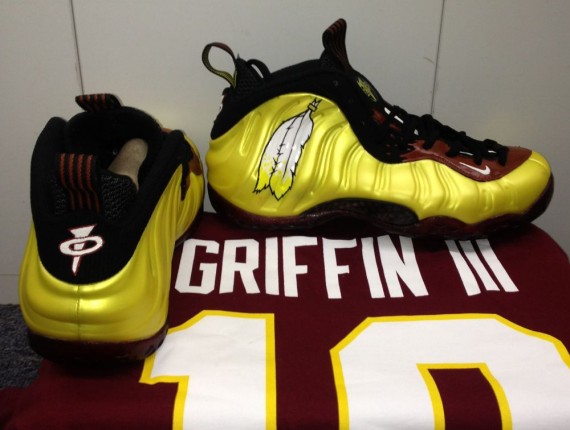 People will wait in line for days and pay thousands of dollars for sneakers, just to say they have a certain pair. Some may think these people are absurd, but sneakerheads see it as a way of life.

The ever-growing sneaker community is full of enthusiasts, collectors, and re-sellers with its own sub-culture dating back to Run DMC. The iconic hip-hop crew boasted about wearing Adidas, making shell-toe Adidas a trend in the ’80s.

Since then, Air Jordans and various types of Nikes have taken the lead for top athletic sneakers. The hype for these sneakers comes from rap superstars such as Wale and Kanye West to top athletes such as LeBron James and Carmelo Anthony.

Maybach Music Group’s Wale is a notable sneakerhead in the Washington area. “We have a big Foamposite and Jordan culture,” Wale said in a recent interview with the fashion blog Upscale Hype. “I grew up on Foamposites, Jordans and New Balances.”

When asked how many pairs he owns he replied, “I lost count. … When you get to a certain level you just stop counting.” He also noted that if he had to pick one pair of sneakers it would be the Air Jordan 3 Retro in the Black/Cement color way.

The D.C. native is similar to other sneakerheads across the nation; he just happens to be famous and has the ability to buy more pairs than a lot of other people.

Julian Kennedy, 19, another sneakerhead from Washington, owns an extensive collection of sneakers, ranging from exclusive Air Jordans to general-release shoes available at Footlocker.

“The Air Jordan 17 in the collegiate blue color way is my favorite, because they are not something you see everyday, and they have so much detail to them,” Kennedy said. “Not many people know that the shoe was designed after an Ashton Martin car, jazz music and Michael Jordan’s shortly lived golf career.”

Kennedy also spoke on how the sneaker culture has turned into a business between consumers. He explained how re-sellers work and their influence in the sneaker market. A re-seller is someone who purchases a sneaker with the intent to sell it for more than its retail value.

Another trend is customizing sneakers. Through Nike ID, consumers can make their own version of a sneaker by changing colors, textures and labels.

Some individuals customize sneakers themselves. Designers such as Mache, Sole Swap and GourmetKickz take sneakers and make their own color ways, textures and variations.

According to the National Shoe Retailers Association, the Footwear industry has annual revenues of $48 billion. Athletic shoes for men and women alone make up 30 percent of this market. This shows that the sneaker community is not only a culture of people who love to wear sneakers, but it is also a very lucrative and growing market.

For people of all backgrounds, sneakers are a way of life and they take pride in calling themselves sneakerheads – people like Julian Kennedy.

“I love sneakers,” Kennedy said. “I love the designs, the history and creating different outfits with them.”