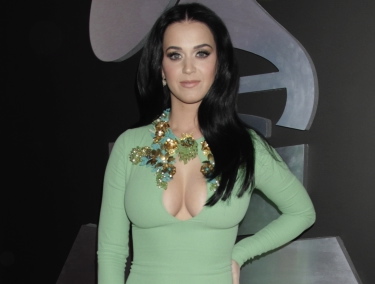 And the Grammy for Best Dressed Goes to …

Kelly Rowland in a gown by Georges Chakra.

Celebrities came out to Los Angeles’ Staple Center for the Grammys star-studded. There was the good, Katy Perry’s mint-green cleavage-showing gown from the Gucci 2013 Resort show, and the bad, Amber Rose in her spandex baby bump-emphasizing Donna Karan jumpsuit.

But when it comes to the fashion, Kelly Rowland stole the show in her tastefully revealing gown by Georges Chakra. She did have a little competition from Jennifer Lopez’s beautifully bare, toned leg that stirred up a lot of noise on the Internet even resulting in its own Twitter, but Rowland definitely wins the award for Best Dressed.

Chris Brown finally got the memo on how to dress to award shows and looked surprisingly sharp in his all-white Lanvin suit. Thanks are possibly due to Justin Timberlake’s new single, “Suit & Tie,” which was impossible to ignore that night. All the guys were suited — except The Dream whose outfit received the mockery from Jay-Z that was due.

Who took home gramophone awards besides Frank Ocean? Click here to find out.