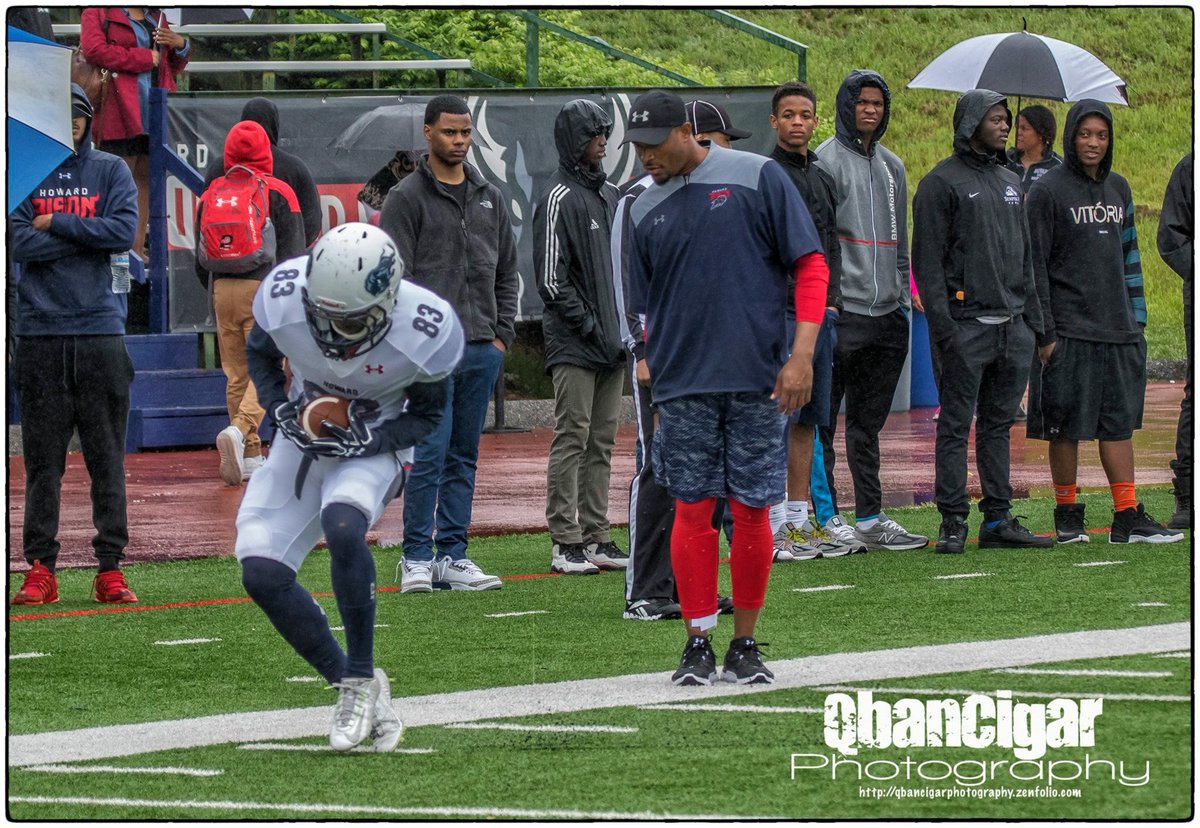 The Londons Come to Howard

On a slow afternoon at the Howard University football offices, head coach Mike London sits at his desk, preparing for the upcoming week of spring practices. London talks about the rigors of building a football program, from the laborious recruiting process to assembling a reliable coaching staff. He then switches gears, and begins talking about his new wide-receivers coach, who also happens to be his son, Mike London Jr.

“It’s humbling,” London says, while wearing the smile of a proud father. “To watch him sit in front of the team or other coaches and do camps and clinics around the country and hear positive feedback from other people, it makes me prideful and makes me very happy I hired a good coach.”

Before London officially took the job at Howard in January, he began placing calls to secure potential staff members. One call was to his son, Michael London Jr., 35, then an assistant coach at Paramus Catholic High School in Bergen County, New Jersey, where he had just won the state championship two days earlier. His son accepted the offer without hesitation. A chance to coach with his dad? There was nothing to think about here.

“You see your dad since you were born work his craft and mentor men to become husbands and fathers,” he said. “It was an opportunity for me to be on staff with my dad and do something I was born to do.”

The younger London grew up on practice fields. When he was young, he and his brother, Brandon, would go to work their father. He hung out in locker rooms, worked camps as a ball boy, played catch with the players. He watched his dad’s players go on to the NFL. He watched those same players call back to update his dad on their life events. Naturally, he decided a coaching career was what he wanted to do with his life.

London has taken notice to his son’s similar coaching style. “He’s energetic. He’s passionate about what he does. He reminds me of a young me,” London says, a realization that seemed to trigger a story.

“Yesterday we were doing some drills with the guys and we were explaining the drills and he was getting hyped up and everything and you know head coach has the whistle. I had my back turned talking to some players and before I knew it, he had started the drill. That’s a no-no in the coaching 101 world, you know, and he says I’m sorry, I’m sorry I just got hyped up.”

For the Londons, football is a way of life. London’s other son, Brandon, was a member of the New York Giants Super Bowl XLII team and played wide receiver for the Montreal Alouettes in the Canadian Football League. His daughter, Kristen, played basketball at the University of Virginia before starring in the Independent Women’s Football League. His namesake played semi-pro before going into coaching.

A lot like the man behind the desk, the younger London emphasizes the importance of family. He has four children of his own, including a son who begins football this year.

Despite the long-awaited opportunity to join forces, both coaches are too focused on building a winning football program at Howard to fully capture the moment.

“We’re here to get this team back to the front line, so we have a job to do,” London Jr. said. “Although he’ll be five feet away, he’ll be in a zone and I’ll be in mine.”