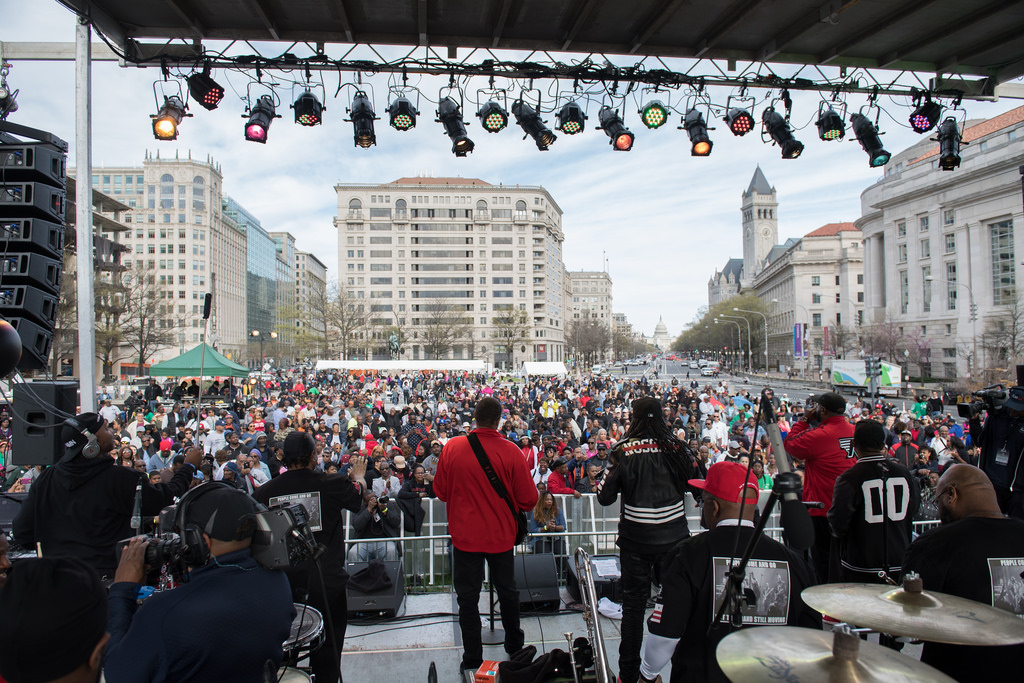 D.C. Emancipation Day commemorates the day slaves were declared free in the nation’s capital, which was April 16, 1862. This was before President Lincoln signed the Emancipation Proclamation.

Every year, the District holds a daylong celebration with food, festivities and performances by entertainers such as MC Lyte, Johnny Gill and the go-go band Rare Essence. The event allows residents to come together and celebrate the release of more than 3,100 people from bondage.

Brandy, Angie Stone, Big Daddy Kane and Rare Essence are part of this year’s lineup, which also includes a parade and fireworks from 2 p.m. to 9 p.m. at Freedom Plaza. The youngest performer is Drew Olivia Tillman, who had a role in the new Netflix documentary “Roxanne Roxanne.”

Other local artists include Lightshow and Konshens the MC, who has been wanting to participate in this event for a long time.

“This day is all about freedom, and I’ve been to countries where people still aren’t free,” he said.

“Most importantly it’s about unity.”

For more information on D.C. Emancipation Day, go to: https://emancipationday2018concert.splashthat.com/