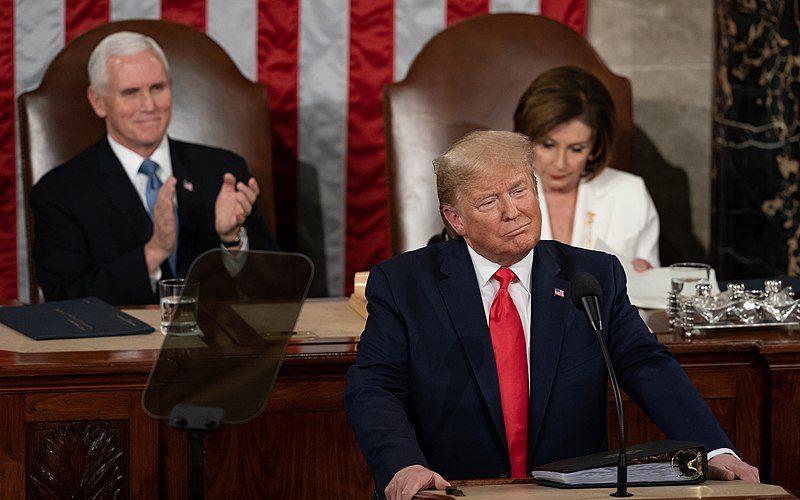 Donald Trump had a hectic early week, from thinking the Kansas City Chiefs played for Kansas instead of Missouri, to being acquitted of abuse of power and obstruction of Congress.

The president used his State of the Union speech as a tool of propaganda to make his case for his re-election. Yet much like his impeachment trial, his speech was based on nothing more than “alternative facts.”

His ability to embellish also came through when he said that he’d appointed a record 187 judges, but it doesn’t beat the record of Jimmy Carter who appointed 197 judges to the U.S. Court of Appeals. So, while it sounds like a triumph for conservatives, it isn’t all that amazing.

Trump also gave conservative talk show host Rush Limbaugh, a Presidential Medal of Freedom, the highest civilian honor one can receive. This is the man who is quoted as saying, “ Look, let me put it to you this way: The NFL all too often looks like a game between the Bloods and the Crips without any weapons.”

The moment felt tacked on since Limbaugh was just diagnosed with stage 4 lung cancer. It was as though the president said, “Let me give this to you as a parting gift.” Limbaugh now joins the likes of A. Philip Randolph, Aretha Franklin and Desmond Tutu as recipients of this honor. However, one of these is not like the others. Limbaugh has repeatedly made racist remarks and strokes the prejudiced ego of this country. The medal is now completely devoid of honor.

After being acquitted in the middle of the week, Trump held what he called “a celebration” where he claimed that he had been treated unfairly. He spoke of the many investigations his administration has been through and said, “It was all bull—-.”

The state of our democracy is in question, and justice that was once blind, is not muzzled and bound — to be freed at another time. In one week, Trump escaped just punishment, awarded racism and possiblyset the stage for another win in 2020.