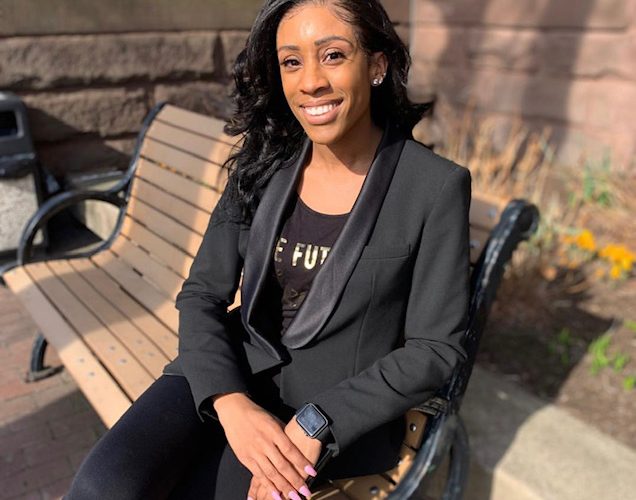 In her junior year at Rochester Institute of Technology, Morgan Barron has developed into an innovative leader in her community, through her work with Keep Rochester Beautiful and Rochester’s Department of Environmental Services.

Keep Rochester Beautiful is part of a national initiative known as Keep America Beautiful – a nonprofit that advocates for community improvement. In her role, Barron mobilizes volunteers to perform initiatives, such as reducing the level of litter in the city, managing solid waste, recycling and planting.

Barron credits her success with the values of faith, self-sufficiency and education that were instilled in her by her mother and grandmother. Growing up, she gained her first sense of leadership from observing her single mother and acknowledges that her mother’s strength and work ethic were indelible upon her.

Barron’s grandmother raised 10 children and emphasized the importance of education. She referenced a time when her grandmother graduated from high school with her second oldest child. Barron used motivations such as these to participate in opportunities including the Xerox Invention Convention.

In the fourth grade, Barron teamed up with her best friend, Nialah Owens, to create an invention known as the Doorbell Mat – a mat that assisted handicapped individuals with alerting members inside a house. The mat would trigger a sound when it was rolled over. Not only did they place first in the convention, their competition against another inventor in the state of New York nearly afforded them an opportunity to be guests on the Martha Stewart Show. This moment in her life reassured her that she can do anything she puts her mind to.

Barron holds an Associate’s Degree from Monroe Community College and aspires to acquire a Master of Arts to compliment her passion for communications and history. Barron is also interested in attending law school and moving out of her hometown of Rochester, New York, to work on Capitol Hill or in another aspect of government.