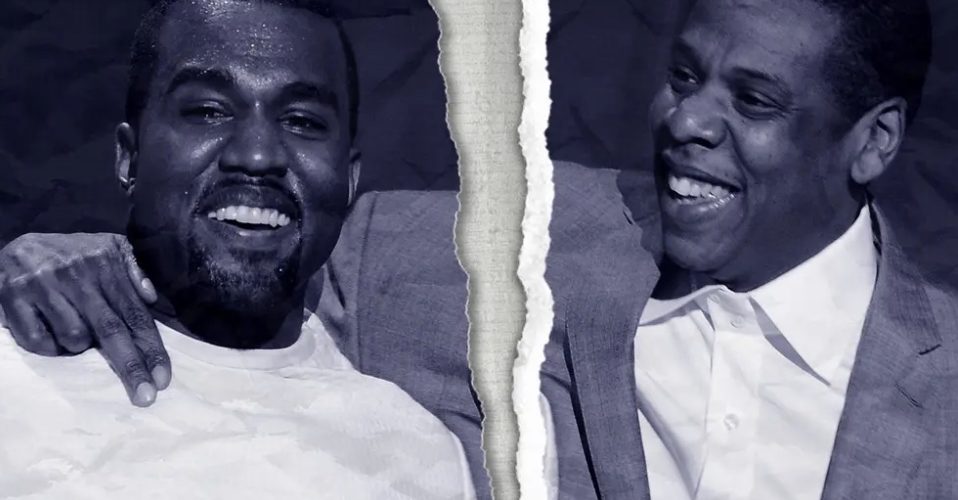 After four kids and nearly seven years of alternate bliss and insanity with former wife Kim Kardashian, Kanye West’s career, mental health issues, and his billion-dollar platform on social media have been the center of discussion over the past year. Meanwhile, what flies under the radar are his actions around charity work.

Two of the most recognizable black hip-hop artists, Kanye West and Jay-Z are emblems of black success in their communities. “[Hip-hop] was that voice that America couldn’t control…it was that voice of the streets that they didn’t know what the next line was gonna be and that scared them. “Because we spoke our own unapologetic truth. We spoke about environments that were overlooked, that didn’t have a voice, that didn’t have a say, that didn’t have pretty much anything”, said Detroit rapper Royce da 5’9.

Their brotherly love bond had Jay-Z and Kanye amped when they were producing their hit single “Never Let Me Down.”

First I snatched the streets then I snatched the charts… First I had their ears, now I have their hearts, says Jay-Z as he starts the song. These lines represent the growth and connection that Jay-Z has amassed in recent years.  Both men are constantly evolving as rap artists. Kanye has a specific phrase in which he raps about the struggles his mom and grandfather endure,

I get down for my grandfather who took my mama, made her sit in that seat where white folks ain’t want us to eat, he raps, in his opening lines: At the tender age of six, she was arrested for the sit-ins, and with that in my blood I was born to be different…

When it comes to principal roles, Jay-Z and Kanye West share many similarities as they are most recognizable for their commercial successes, but most importantly giving back to their community.

Jay-Z is a prime example of the rags-to-riches American Dream as he was originally a crack dealer. As the first hip-hop artist to become a billionaire he has put a lot of his investment into brands such as Armand de Brignac, D’usse, Peach Credit, Savage X Fenty, Promise, among others.

Jay-Z has worked with the New York Times to promote a video called “The War on Drugs is an Epic Fail”, which raised awareness for past drug laws that disproportionally affected African American youth.  Jay-Z used his company, Tidal, to donate 200,000 pounds of water, diapers, batteries, and other supplies to Puerto Rico when they were impacted by Hurricane Maria.

Kanye West was born in Atlanta but raised in Chicago by his mom after his parents were divorced. West produced beats for many top-tier artists such as Beyoncé and Ludacris and knew he wanted to be more than just a producer and was soon signed to Roc-A-Fella Records.

West has been a major help to his Chicago community. He’s collaborated with “We Women Empowered,” where three meals each day are being distributed to the elderly. He has also provided assistance to black-owned businesses in Chicago that are enduring hardships, particularly during the pandemic. West has led powerful church services that enabled a plethora of black people, some of who have never been to church, to attend his worship.

A juggernaut of multiple platforms, West has the capability to lead a nation that will aid African Americans to victory against those who feel superior to them.