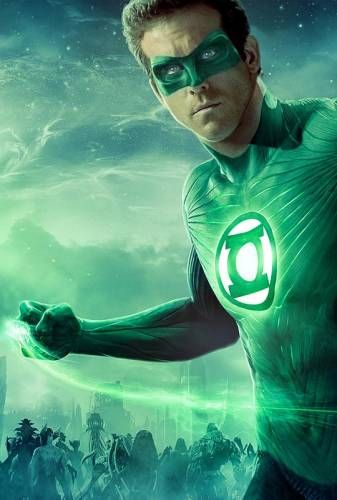 It is no surprise that next summer both DC Comics and Marvel Studios plan to release two more superhero movies, “Green Lantern” and “Thor,” based on the success of the burgeoning genre. “The Dark Knight,” DC’s latest Batman film demolished box office records previously set by “Spiderman 3,” earning $158 million on opening weekend. To this date Marvel Studios’ latest, “Iron Man 2,” has earned an estimated $312 million in revenue.

However, “Green Lantern” and “Thor” are not your standard superhero fare. “Green Lantern” is DC Comic’s answer to Star Wars with enough planets and alien life forms to make you forget about the guy in spandex. Thor, on the other hand, is a fresh take on Norse mythology complete with gods, monsters and war hammers. Despite their differences, they will be pitted against one another for summertime superhero supremacy come 2011.

“Green Lantern” is the story of Hal Jordan, a brash, young test pilot suddenly gifted with a ring that gives him amazing powers. The movie is set for release on June 17t, 2011. “Green Lantern” stars Rya

n Reynolds fresh of his appointment as one of People magazine’s “Sexiest Men Alive.”

To recreate the expansive Green Lantern universe director Marc Guggenheim had to rely heavily on CGI, or computer-generated imagery. Primarily based in space, “Green Lantern” features a colorful cast of aliens, both good and evil. The movie will take viewers through a variety of locales including Oa, the base of the illustrious Green Lantern Corps.

Of course, Marvel could not stand by as a DC character became the commercial darling of the summer. After the success of “Iron Man 2,” Marvel Studios is set to release “Thor” as the next installment on the road to the highly anticipated “and Thor.

“Thor” is Marvel’s adaptation of the tale of the Norse god of thunder. Despite being one of Marvel’s longest standing characters, Thor has received relatively little mainstream success. “Thor” stars Chris Hemsworth as a hammer-wielding warrior exiled onto Earth and tasked with protecting the human race.

It is still too early to tell if either movie will attain the critical or commercial success of its predecessors, but with top stars, amazing effects and a built-in fan base, chances are they will make moviegoers forget all about “The Dark Knight.”