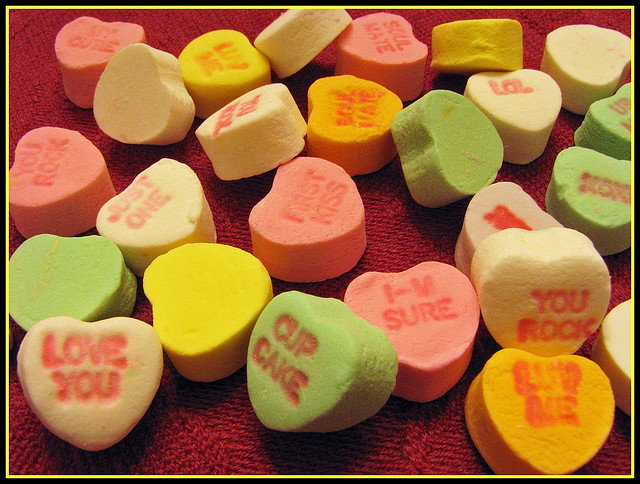 ‘Be My Valentine?’ What Does That Even Mean These Days

Many college students laugh at the word “chivalry,” but the term suddenly becomes relevant and useful between the months of January and February.

Well, single people who walk around saying, “I’m doing me” all year now find themselves scanning through their phone numbers and pointing cupid’s arrow at some random man or woman — just to say they have a Valentine.

Valentine’s Day is one of the most bittersweet, and (not to mention) entertaining times of the year. Some women start putting on extra coats of mascara, so they can bat their eyelashes 10 times more than usual to reel in their men. While men, especially, make a point to run to open doors for women or offer to carry their books to class. Since chivalry often makes its grand appearance only once a year, what is today’s true meaning behind the question, “Will you be my Valentine?”

Does agreeing to be someone’s Valentine serve as a stepping-stone into a relationship? Negative, says Carlos Ganz, a sophomore at Bellevue College in Washington.

“Being my Valentine means that you’re that special and the only person I will be spoiling the day of,” Ganz explains. “It doesn’t mean we are in a relationship. It just means for that day, I express to you in words, gifts and actions what you or your friendship means to me in a more intimate manner.”

So basically asking someone to be your Valentine is that one good chance of getting out of the friend-zone. But if the spark isn’t there, you and your Valentine-friend can continue to walk around campus claiming that love is for people who are soft like Drake.

“When a guy asks a girl to be his Valentine, it’s just to make a girl feel special to see if he will get some,” Fagan explains.  “Guys don’t want candy or a pillow pet. They just want one thing at the end of the night. A guy could say ‘Oh, well I’m not that way. I actually like to treat girls right.’ No, he’s lying. That’s just another way to disguise what he wants at the end of the night.”

So, let’s recap this whole meaning of being a Valentine. A Valentine is simply someone you want to spend your day with. To ask someone to be your Valentine means you agree to spoil him or her with gifts.

A Valentine can be someone you are interested in or romantically involved with, but it is not a promise to be cuffed the next day.