Taking a Stand Against Street Harassment

In March, the nation celebrated Women’s History Month, which not only highlights the accomplishments of women throughout history, but also serves as a vessel to bring awareness to a host of feminist topics. These can vary from anywhere between sexism and female trafficking to religious-based treatment of women and street harassment. The latter is Holly Kearl’s topic of choice.

Kearl is passionate about making the social issue a topic of discussion. Here, she speaks about her cause.

1) Can you touch on your initial involvement with street harassment research?

During the fall of 2006, I had to decide on a master’s thesis topic for my public policy and women’s studies program at George Washington University. I had recently learned about websites like Hollaback NYC and the Street Harassment Project. Reading people’s street harassment stories on those sites was the first time I had a term for what I had experienced hundreds of times, especially during my college years in northern California. I decided to do my thesis on street harassment, particularly how people were using the websites as a form of social consciousness-raising and idea sharing in lieu of social recognition of the problem.

2) What sparked your interest on the topic? Why is the issue so important to you?

Initially my interest was sparked because I finally had a name for what I’d experienced and hated. Then, as I learned more and more about the issue – its prevalence, scope, the negative impact it has on harassed persons’ lives and the limitations it places on their access to public spaces, I became really passionate about speaking out on the issue and learning as much as I could about it. I’ve come to see street harassment as a human rights issue and a gender equality issue. No country has achieved gender equality and no country ever will until women have the same access to public spaces and the same level of acceptance and safety in public spaces as men.

3) What research have you found (apart from your own surveys) about women and street harassment? Why do you think there is so little information out there about it?

There is very little research on the topic available. In the USA, there haven’t been any national or statewide studies conducted. Many years ago, academic studies were conducted on its prevalence in the CA Bay Area and Indianapolis. Both studies showed it was the experience of 100% of women. There have been two studies conducted about harassment on the transit systems in Chicago and NYC in more recent years, and more than 60% of respondents (mostly women) had experienced sexual harassment there. Various studies conducted internationally, for example in Canada, Egypt, and Yemen, show it’s the experience of at least 80% of women. In Yemen, it was 99%. Street harassment is normalized and seen as the price you pay for being female or a member of the LGBQT community. It’s seen as a compliment, no big deal, or the harassed person’s fault. Even advocates who work on issues like rape and sex trafficking have dismissed street harassment to me because it’s not “serious” like their issues (even though street harassment often overlaps or intersects with them and is on the same spectrum of gender violence). Until those attitudes change, I doubt there will be much research on the topic.

4) What would you say was your worst, or most memorable, personal encounter with street harassment?

One of my worst encounters was in the UK when I was studying abroad as a 20-year-old. I was going for a run through a neighborhood near campus one afternoon and I passed a group of young men, maybe a year or two younger than me, who were gathered on the driveway of a house. They talked about me amongst themselves, loudly so I could hear. One of them said something about how I ran funny. Another one said, “That’s because I’m going into her from behind.” I was horrified. They all laughed and leered at me when I turned around to glare at them. I quickly assessed that no one else was on the streets and ran away as fast as I could. I have never been so angry about a street harassment incident as I was that day. It felt like a verbal rape.

Two other upsetting incidents were when a man in a group grabbed my crotch as he walked pasted me on the sidewalk near my campus. I was shocked. Right after I graduated from college, I was running through a park near my parents’ home in Leesburg, VA, at dusk, which as a rule I never did but I’d worked late and hadn’t had time to run earlier. A man chased me. I outran him but I feared the worst – that he would catch me and rape me. I went home and cried and was completely shaken up.

5) What did you hope to gain out of International Anti-Harassment week this year?

Right now with the issue of street harassment, people are simply trying to bring attention to the fact that it happens, it’s upsetting and it negatively impacts people’s lives, particularly the lives of teenage girls and young women. Once we make this issue more visible and break through the normalization factor, we can work toward solutions. So with this week, I wanted to allow people around the world who care about this issue to have the chance to collectively speak out, to amplify each other’s voices and to show there is strength in numbers. 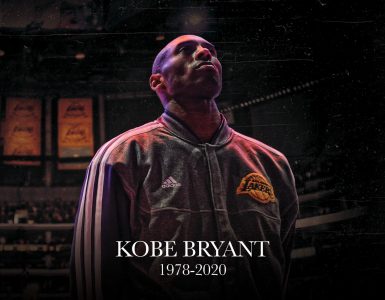