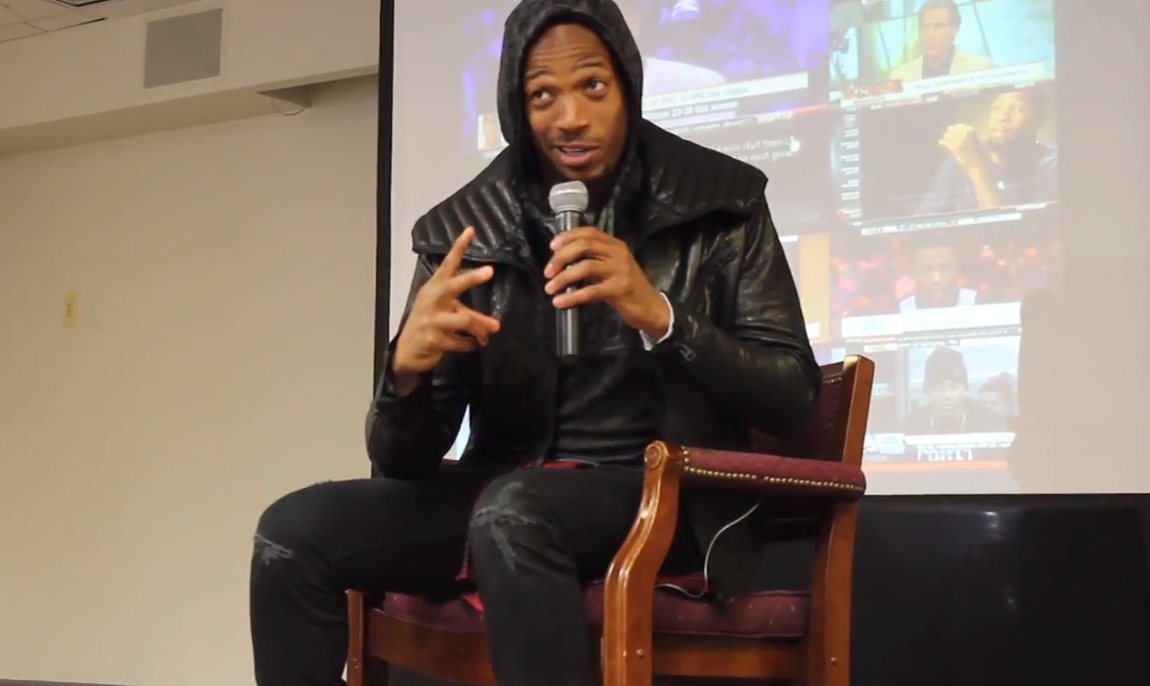 Marlon Wayans Talks About Dreams and ‘Haunted House 2’ at Howard

Contributor
Add comment
3 min read
Marlon Wayans is back and funnier than ever.

The star returned to his stomping grounds at Howard University to talk to students about motivation, life after college and his new film, “A Haunted House 2,” which opens this weekend. His visit was filled with laughter, serious moments and an Oscar-style selfie.

101 Magazine: What struggles did you go through to figure out your major, and what you wanted to do?

Wayans: “I had no struggles. A lot of times, we make decisions based on fear. You have to dream. There is no falling back. There is no safety net with dreaming.

101: How do you suggest black artists gravitate toward mainstream media while staying grounded and true to themselves?

Wayans: Label yourself as an artist. When you label yourself as a “black artist,” they’ll give you black business. No matter what, you are black. You’ll be surprised. The black experience is something that everyone understands. Appeal to the masses.

101: What was the transition like going from comedy to dramas?

Wayans: I went to performing arts high school, and I love acting period. For me, comedy is harder; that’s why I choose comedy. You know what’s hard? Being funny. I have come off the top. There are a lot of great black actors, but a lot of black actors aren’t that funny.

101: How did Howard shape you as a man and your career?

Wayans: Howard in a lot of ways was a blessing. It was a great experience. I learned how to navigate; it taught me how to be a man. I had to learn how to survive. You learn to hustle, and I made lifelong friends. I learned it’s not about the grades, but about who does the work. There are no excuses — do it.

101: What was the toughest brick wall in the process of reaching your goals?

Wayans: It starts with speed bumps, to little hills, to huge mountains. The key is to use everything you learned before to get you over the mountain. Hollywood is the toughest. If you are not equipped to deal with challenges and look for pity, you shouldn’t go to Hollywood.

A New But Scary Life

“A Haunted House 2” follows Marlon Wayans after starting life with his new wife, Megan (played by Jaime Pressly), and her two kids — but his past isn’t too far behind.“It’s basically Malcolm has a new girlfriend, because his ex tried to kill him,” Wayans explains. “He figures out soon enough that the demons are still following him and not only is the house haunted, but his new stepdaughter has this box that’s possessed. It’s a funny film.”

“A Haunted House” grossed more than $18 million during its opening weekend and more than $40 million worldwide after its January 2013 release. The sequel is expected to crack the sales of its predecessor, though the budget has not diverted far from the original.