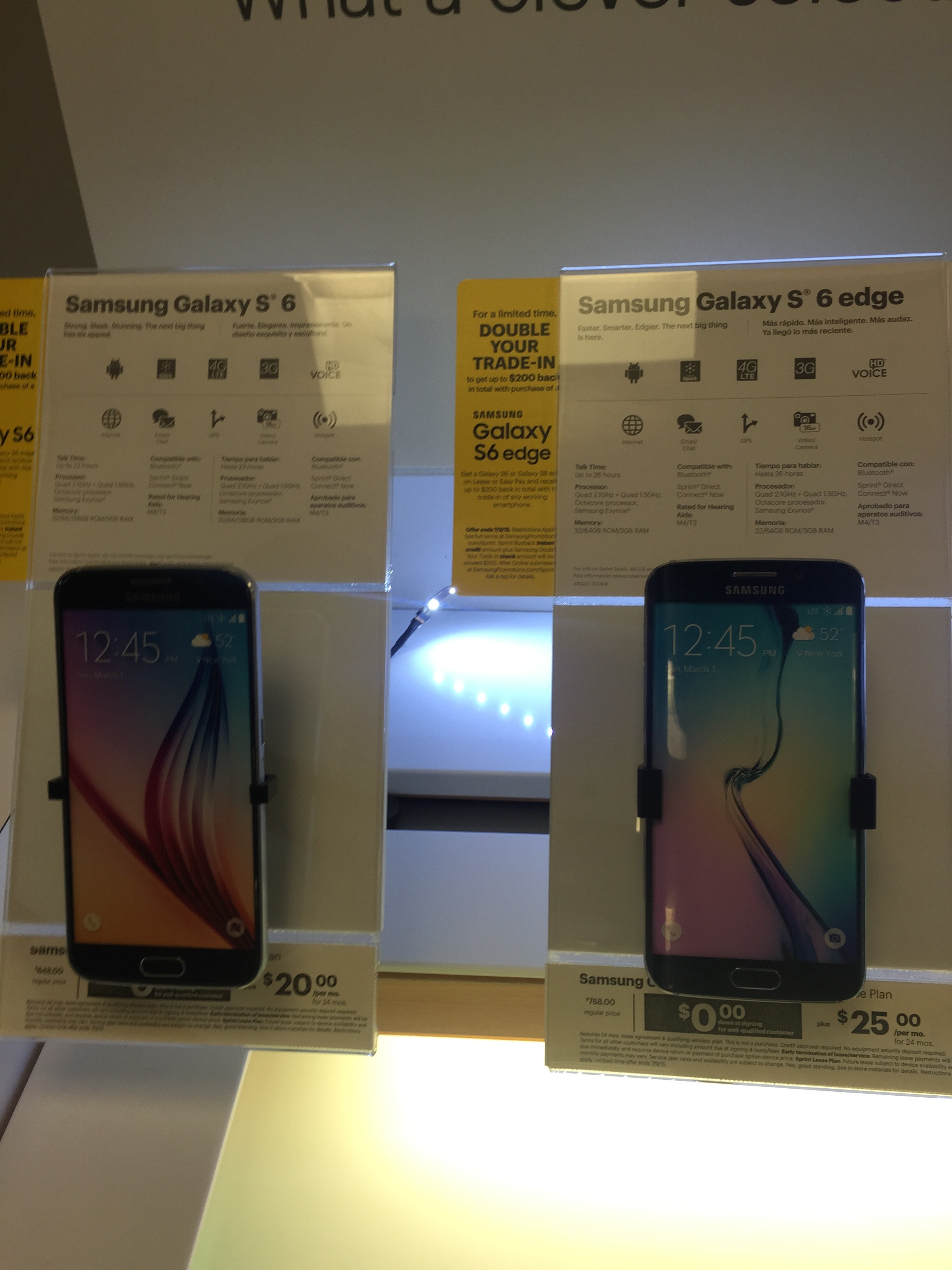 Samsung vs. Apple: Which One Makes the Better 6?

With Digital Trends naming the Galaxy S6 as “Samsung’s best smartphone yet,” many people believe that Samsung has definitely marked itself as a top-tier innovator.

The smartphone market, once led by Apple, is starting to have a leveled playing field among the most innovative creators of smartphones, according to Parmy Olson of Forbes.

Samsung, like many other smartphone manufacturers, has worked to compete and contend with the iPhone. Samsung, however, is looking as if it’s trying to break away from the pack.

Though the Galaxy S6 is priced at $199.99, the same as the iPhone 6, Samsung still managed to come out on top as the company sold 81.1 million smartphones in its first quarter compared to Apple’s 60.1 million, according to Tech Time Research.

Both techradar.com and trustedreviews.com rated the Samsung Galaxy S6 as the No. 1 smartphone and said it is better than the iPhone 6.

“The smallest iPhone 6 model has a near-useless 16GB, while the Galaxy S6 starts at a far more useful 32GB,” said TechRadar.com.

“The charging capability on the phone is the best part about it,” Kira Jones a patron at the Sprint PCS store said of the Samsung Galaxy S6. “When I saw that, it had me questioning my iPhone.” Looking down at her iPhone, Jones said she wished that Apple would pick up a few of Samsung’s tech specs.

Other people had the same excitement in their voice as Jones when discussing the new Samsung Galaxy S6.

Shericka Brown, who was at a Best Buy store in Columbia Heights, Washington, D.C. discussed her experiences with the iPhone 6 and how she felt that the Galaxy offered her more for her money.

“I felt that it was time to trade in my iPhone,” Brown said while pointing to another patron in the store who was purchasing a Galaxy S6 for her son. “I’ve had one for five years, and I just feel like I’m playing the same game over again with nothing drastically new, except well when they introduced the front camera, but still.”

The other customer, Oya Femi, spoke about surprising her son with the Galaxy S6 rather than the iPhone 6 for his birthday. “When I researched, it said that all of the tech specs were better; plus this is the one his brother mentioned to me.”

Femi said she was nervous about purchasing it as a surprise, because he has an iPhone. She wasn’t sure that he’d love the Galaxy S6, but she knew he was tired of his iPhone.

However, a third customer, Alfred Johnson, said he did not like the Galaxy S6 and spoke in favor of Apple.

“Apple is great,” Johnson said. “They’re simple and consistent. People like that or at least I do.”

Trustedreviews.com noted that Samsung had more megapixels and ram for storage than the iPhone 6 as well as new tech specs such as fast charging, requiring the phone to be on the charger for only 10 minutes for up to four hours of battery life.

“The iPhone 6 is still a fantastic phone in our book, but Samsung may have just raised the bar,” Michael Sawh wrote for TrustedReviews.com.

Best Buy employee Jovan Walker spoke about his encounters with customers and their brand loyalty.

“Many people purchase the iPhone 6 or the newest Apple product because they are loyal to Apple, not because they’ve compared all of the latest technology out there,” Walker said. “When I introduce them to the Galaxy S6 and all of its features, it’s like they forget all about their iPhone.”