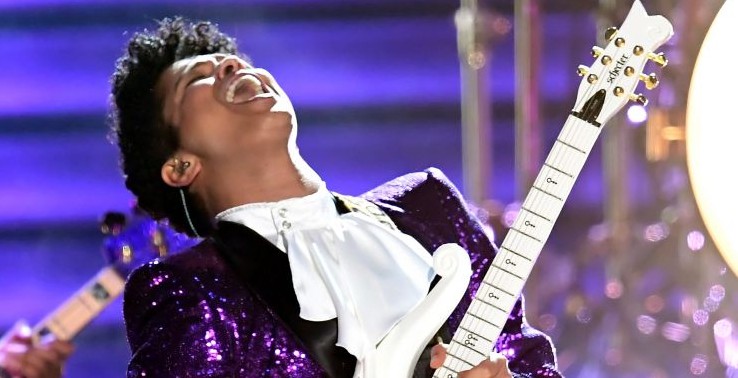 15 Cutest (and Most Cringe-Worthy) Moments at the Grammys

Didn’t get a chance to catch the Grammys the other night? It’s fine, we’ve got you covered with a list of everything you should definitely know for any topic of conversation. Don’t get left out this time.

Rihanna drinking out of her diamond encrusted flask & passing it around is my mood https://t.co/l54WGvjjqg

5. Rihanna got drunk. Very drunk. Shout out to her bedazzled flask, though!

6. Solange won her first ever Grammy for “Cranes in the Sky” — Best R&B Performance of the Year.

I wish I could trust someone the same way Beyoncé trust this chair pic.twitter.com/J9pF1oklmE

7. Beyoncé’s showed us just how strong her fallback game is.

8. Having a rough start with off-key vocals, Adele opted to restart her song during a tribute to George Michael in good old “Itty Bitty Piggy” fashion. “Bring that beat the f*** back, Holiday!”

9. Lady Gaga rose from the fiery pits of Hell to perform with Metallica.

10. A Tribe Called Quest called out President Donald Trump, or as Busta Rhymes referred to him, President Agent Orange, for his “unsuccessful attempt at the Muslim ban.” They invited a group of racially diverse individuals to fill the stage and the aisles to represent America coming together to “resist.”


11. Spongebob blessed us all with a sick guitar solo.

No wait, sorry! That was actually Bruno Mars during his tribute to the one and only Prince!

12. Chance the Rapper brought us to church with Kirk Franklin and Tamela Mann. That was the most Jesus some of the viewers had received all Sunday. Thanks, Lil Chano!


13. Adele dedicated her Album of the Year award to Beyoncé. Like, she actually snapped the trophy in half and gave her a piece … Mean Girls-style!

14. Gary Owen thought he had the authority to invite other fellow white people to the black BBQ. Black Twitter reminded him that he most certainly did not.

15. As soon as the Grammys went off air, DJ Khaled announced a new single featuring Jay-Z and Beyonce — “Shining.”