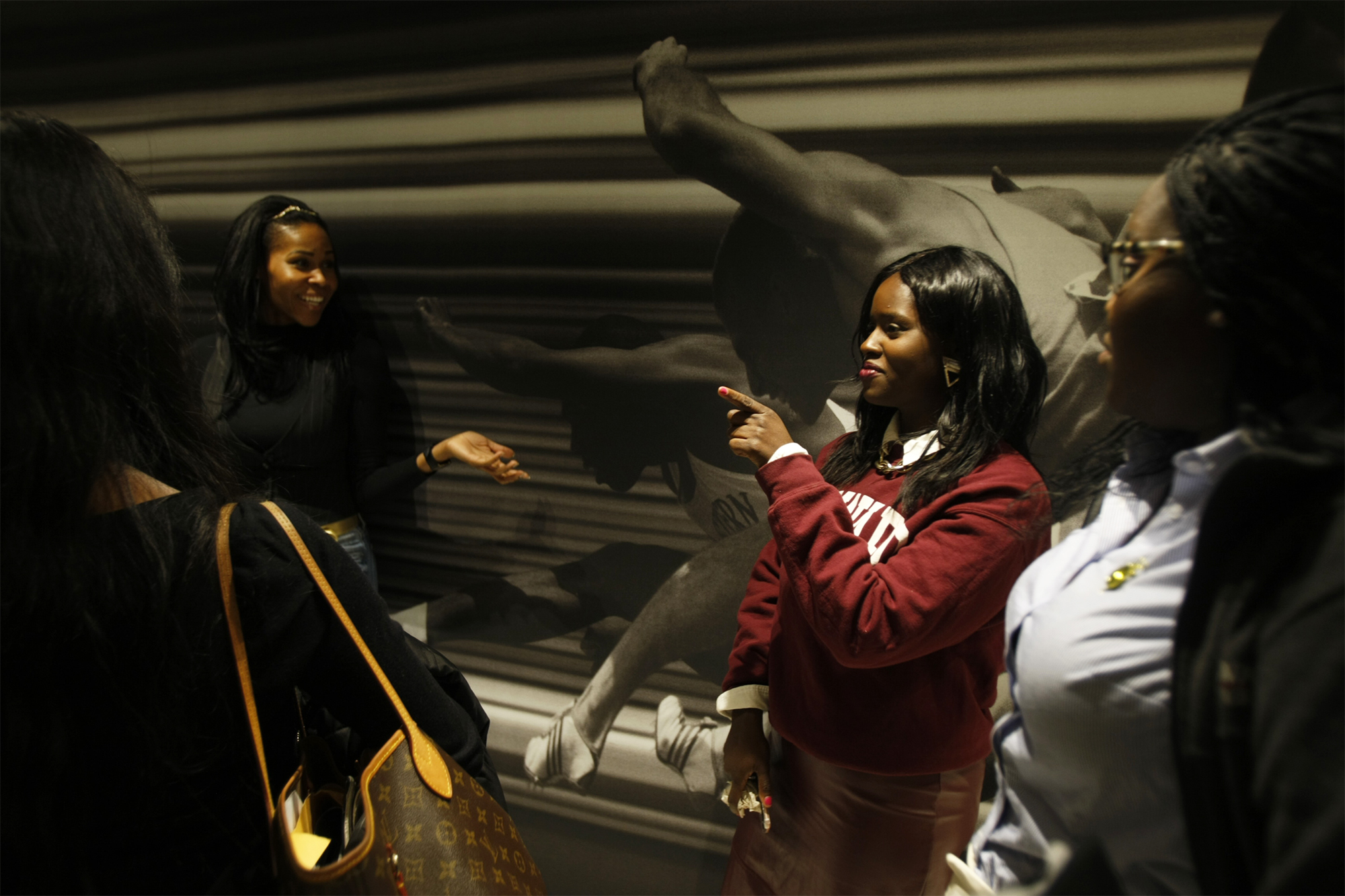 Victoria Jonas
4 min read
Howard University students stared cluelessly when they were encouraged to set up a KMA Fund during a recent visit to Essence magazine. Then they laughed after realizing the meaning of the acronym and fund.

A KMA Fund, short for “Kiss My Ass,” is simply a savings or other financial backup plan just in case a job is no longer working out.

“You never want to feel stuck in a job,” said Charreah K. Jackson, Howard alumna and senior editor of lifestyle and relationships at Essence.

When working in the media industry, never take things personally but always stand your ground, said Jackson, who wore a burgundy Howard sweatshirt. “Don’t be afraid to be the black woman in a space where you are the minority.”

The 40 students were all members of Howard University Association of Black Journalists, the National Press Photographers Association’s Student Chapter of the Year, 101 Magazine or the Cover 2 Cover student magazine group. The media companies that they visited during their New York trip also included Complex magazine, NBC Universal, BET/Viacom and Cosmopolitan magazine.

Jackson, a 2007 journalism graduate, encouraged the students to maximize their time while at Howard. “Join organizations and be active,” she said. “You have more time then you think.”

She continued to give the students words of wisdom about making it in the magazine industry, such as being able to tell a story on any medium. “Always have new ideas, make deadlines and take everything seriously including the small stuff,” she said.

Then, she explained that being able to reach a wider demographic in your writing is important. The relationship and lifestyle guru not only uses her skills at Essence. She also curates her own websites, bossbride.com and charreah.com. In addition, Jackson recently landed a book deal. The way to get noticed is by first sharing your work. “Get your content out there, whether it’s a blog or YouTube channel,” Jackson said.

Students also met Copy Chief Grace White and Executive Editor Jacklyn Monk. White is a 10-year veteran at Essence magazine and self-proclaimed “word police.” Her job is to be a gatekeeper for the voice of the publication. It’s important to her that Essence maintains its girlfriend-to-girlfriend tone.

White got her start as a librarian and fell in love with words. “I started as just a reader and then went to journalism school in Jamaica,” she said. With her expertise and the use of the Essence Style Guide, of course, White ensures that all words used within the magazine strengthens how readers interpret the stories. She advised the Howard students to be good at more than one discipline and learn as much as possible.

Monk has been in the magazine industry for about three decades. She started at Time Inc. under Real Simple. However, at Essence, she makes sure that stories about black women are told correctly. Monk likes the direction that the monthly is currently on. “Essence is rightfully growing opinionated,” said Monk, who is also executive editor at InStyle. She encouraged the students to trust their gut and avoid overthinking situations while working in the industry.

Before leaving, the Howard students toured Essence, including fashion and beauty closets. The trip to Essence left students feeling inspired.

“It was a very helpful experience,” said Brookie Madison, a senior studying broadcast journalism at Howard. “Also, it was inspiring to see women in leading positions. I plan to reach out to the professionals personally.”.