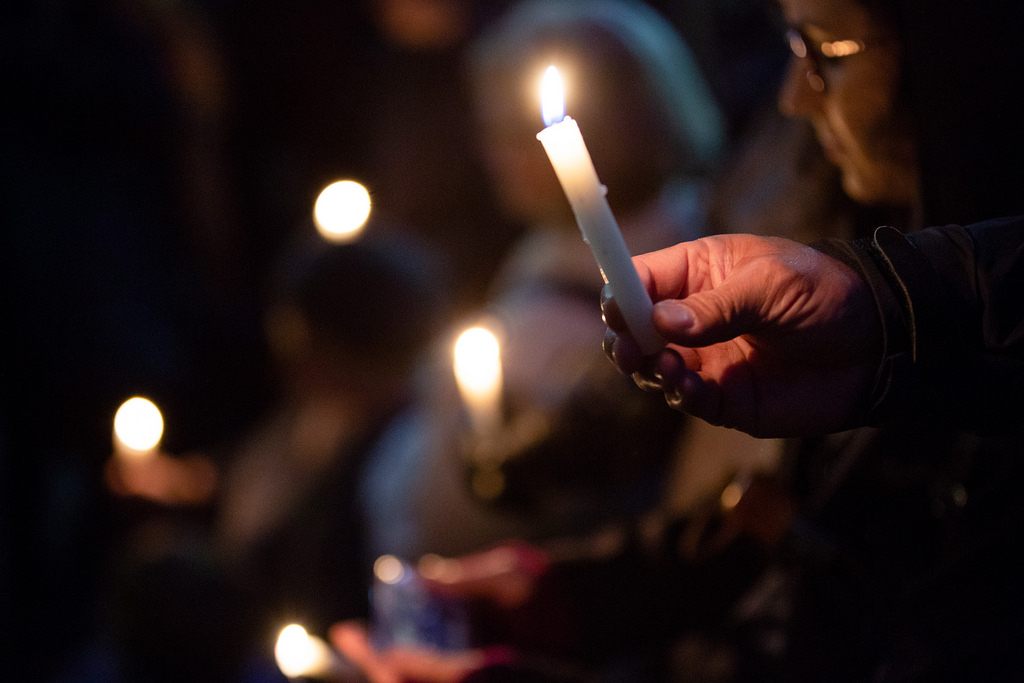 Reaction to 3 Hate Crimes in 3 Days

Three hate crimes in three days have left 13 dead. Many people are outraged, but not necessarily surprised by the spate of bomb threats nationally and fatal shootings in Pennsylvania and Kentucky.

One shooting suspect who was unable to get past locked doors at  First Baptist Church in Jeffersontown, Ky., went instead to a nearby Kroger on Thursday afternoon. He allegedly shot a man inside the supermarket and a woman in the parking lot, according to the police department. Both victims and most members of the church are African-American.

In Pittsburgh, a man was arrested in the shooting deaths of 11 congregants attending a Saturday service at the Tree of Life synagogue. A third man has been charged with sending at least 14 bombs to Democratic opponents of Donald Trump, including President Obama and Hillary Clinton, as well as to CNN. None of the bombs detonated, and no one was injured.

Reporters for 101 Magazine interviewed Howard University students and member of the surrounding community in Washington about these hate crimes. Here’s what they had to say:

“I do not feel completely safe in the world with all of these hate crimes happening towards minorities. There are some countries I would love to visit, but don’t think I would be completely safe as a minority.”

“Mandatory jail time. No bail. No plea. No slap on the wrist. Three years minimum. The worse the crime, the more time. Punishment for hate crimes should definitely be jail time.”

“I feel as though this is another saddening event against minorities in a place of worship and safety for many Jews. I just hope that after all the shootings that have occurred that gun reforms will be made.”

“When events happen to people of Jewish decent, it’s a connection back to the Holocaust. But when stuff happens to black people, slavery isn’t necessarily thought of.”

“As a black young woman, I am desensitized because bad things happen regularly — especially to my people and people who are minorities.”

“To be racist, homophobic, transphobic and xenophobic during Obama’s presidency was forced to be more covert. But with Trump and the fact that he shares the same ideals as those who felt like they were being silenced by Obama’s administration and promotion of tolerance has caused him to be their poster boy. He is seen as their voice and because they feel as though they have the president backing them. In theory, they’re more inclined to express their hate.”

“I’m kind of desensitized at this point. They’ve been doing stuff like this for years. I’m more so disappointed because you’d expect people to have a basic level of decency and respect.”

“That’s why they don’t want to get rid of the guns. That’s the largest weapon they have against us.”

“We as people of African descent have been and will always be divine. I don’t understand why we’ve always been targeted, but it feels like a war. I pray for our preservation.”

“We’re not stepping forwards or backwards. We’ve just been stagnant. The waves of shock that we get from each event shows how our mindset thinks we’re progressive, but we’ve been having the same type of abuse against certain ethnic groups for generations.”

“This is an example of what Trump stands for and supports. We can’t be surprised. People feel comfortable with these acts, because the president enables it. The nation is polarized, and these hate crimes are furthering it.”

“My opinion on the hate crimes depends on the state of the world we are in right now. There seems to be a lot of hatred going around due to the world leaders we have promoting these type of activities. When they get elected, most of the time they feel that that is the way to stay empowered and keep their feet on everyone’s necks.”

“I don’t necessarily think it’s a hate crime. I just think that when people choose to commit a crime, it is a buildup of personal circumstances. So much is targeted on race now, to where when a crime is committed, people are so fast to judge it as a hate crime.”

“The state of the world is disgusting. There are so many sick people, and they need to collect these guns ASAP.”

“It bothers me a lot that someone would do that to our people in Kentucky. I feel like society has attacked the black community, and we need to fight back.”