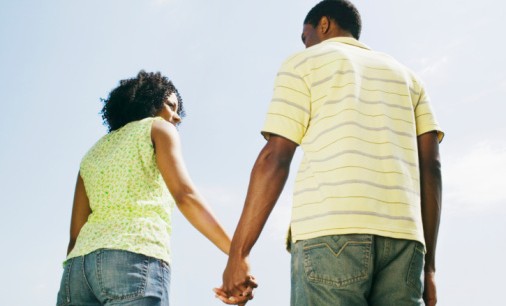 When it comes to dating, many are unequipped to win someone’s heart. While relationship experts can share the dos and don’ts of going on a first date, there is really no right or wrong to this thing called love. Here are first date tips from some Howard University students on how to ace the initial meetup.

To complicate things further, many colleges have a disproportionate number of women. The  2-to-1 “Howard Ratio,” as it is known, can result in the sharing of many of the male specimens, causing great conflict.

Taiya Jones, a junior majoring in political science, has a first date checklist to weed out the good from the bad.

“I know that people always say that men should go all out on the first date, but I’m honestly indifferent,” Jones says. “The first date really just shows what type of man you are. So if you’re really romantic, I would say just do something that is thoughtful that would represent you as a man and be a gentleman.”

She then touches on what she thinks a woman should do on a first date when it comes to expectations.

“For women, I’d say don’t expect too much,” Jones says. “Let men be creative, go with the flow and be open-minded.”

Paul Holmes, a junior information systems major, gives advice on how to remain engaged during the first date.

“The first date is basically something like an interview,” Holmes says.  “It’s all about first impressions.”

“When it comes to conversation, you want to just actually listen,” he suggests. “People love to talk about themselves.  So, that’s a great way to see how they feel about themselves and how they view the world.”

“You want to look presentable. Not saying you have to be dressed up or have your best ‘fit’ on, but you want to look nice and make sure your clothes are ironed.”

Social media can have a big effect on what students expect in real life. Jaela Stith, a junior biology major, says being realistic and having fun is the main goal.

“A perfect date doesn’t have to be like the ones you see on Twitter or Instagram” Stith says. “It just has to show that you’re putting in the effort for the other person to have a good time and get to know you.”

Shaun Roberts, a junior engineering major, admits that he isn’t fully sure how to ace the first date.

“You shouldn’t go anywhere too fancy, somewhere more subtle in the community,” he says.

“I’d say for a first date, you probably shouldn’t go out for dinner. You should go out for lunch.”

The first date can be a bit terrifying.  You’re not always sure what to do and what not to do. Not only that, but everyone is different. However, according to these tips from amateur daters, one can infer that you will have smooth sailing with landing that second date.

Lastly, Holmes offered one common tip to keep in mind:

“Don’t make it awkward,” he says. “Have a good time, enjoy yourself and just be in the moment.”