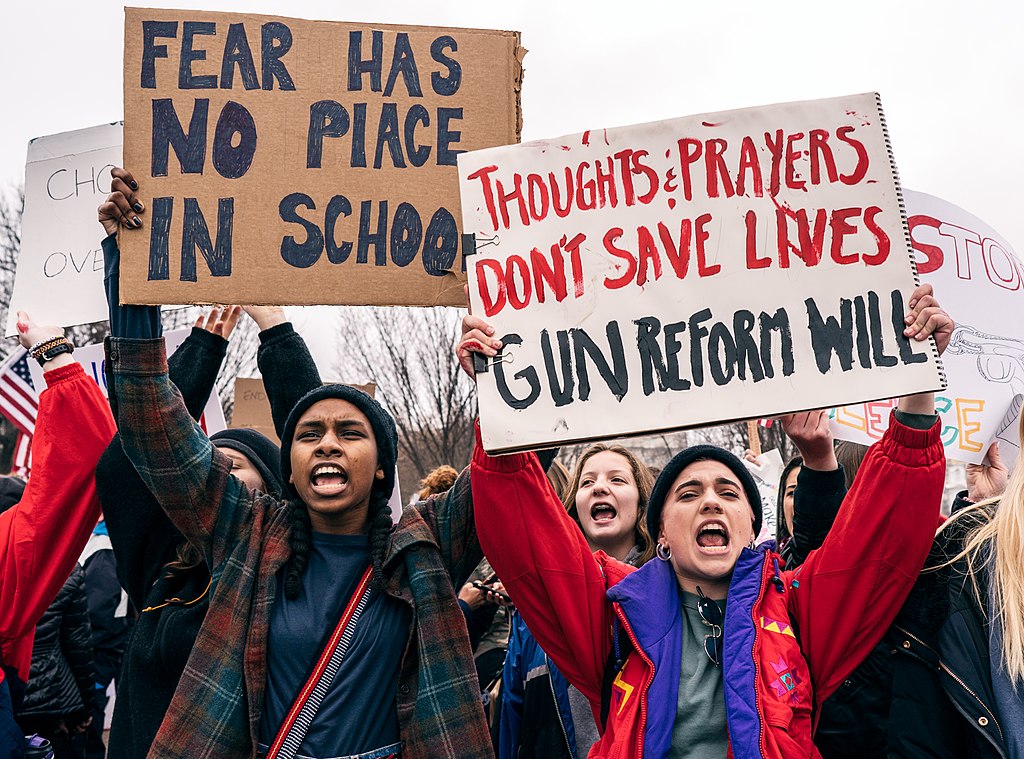 March for Our Lives, MSNBC to Host Presidential Forum on Gun Safety

Since the March for Our Lives movement issued its six-point Peace Plan a few weeks ago, the only 2020 presidential candidate to endorse it is former U.S. Rep. Beto O’Rourke of Texas.

O’Rourke will join nine other candidates on Oct. 2 in Las Vegas for a gun safety forum sponsored by March for Our Lives and Giffords, the anti-gun violence organization named for former U.S. Rep. Gabby Giffords, who was shot and critically wounded in her hometown, Tucson, Arizona. MSNBC will livestream the forum with anchor Craig Melvin as moderator.

The forum will mark the second anniversary of the mass shooting at the Route 91 Harvest country music festival in Las Vegas that left about 60 people dead and 800 wounded on Oct. 1, 2017.

The movement gained international attention during its protest a month later in Washington, D.C. The protest had an estimated 800,000 participants. USA Today described that gathering as the largest single-day protest in the history of the nation’s capital.

“Gun violence has disproportionally affected young people,” said Chris Stauffer, co-director of the Washington chapter and co-chair of the student chapter at Georgetown University, where he is a sophomore. “We are the generation that grew up with mass shootings.”

Since its inception, the founders of March for Our Lives have remained consistent in their mission to harness the power of young people across the country to fight for anti-gun policies that save lives.

The Peace Plan is an example of such a policy. It is a public charge for 2020 presidential candidates and policymakers to endorse an action plan known as C.H.A.N.G.E., which has a point for each of the six letters of the acronym.

Given that more than 100 lives are taken every day by gun violence, the plan also calls upon the next president to declare a national public health emergency.

“Why would anyone not want this?” asked Deion Smith, a senior majoring in political science at Howard University. “We have the worst gun violence of any industrial nation. … It is stuff that you or someone you know will be affected by.”

Stauffer described the Peace Plan as one of the best ways to solve gun violence. “Universal background checks are the answer,” he said.

The plan covers topics that most candidates have agreed on such as universal background checks, a ban on assault rifles and a gun buyback program. However, the plan has been criticized as radical, because some contend that taking action on gun violence prevention is politicizing gun trauma.

David Hogg, one of the movement’s co-founders, condemned this ideology and counters that not taking action is politicizing it.

Hogg has also remained a vocal advocate for prioritizing the lives of children over guns. To reinforce the importance of children’s lives, another advocacy group, Sandy Hook Promise, released a thought-provoking, back-to-school public service announcement on Tuesday that has gone viral. Some of its founders lost children or spouses among the 20 first-graders and six educators killed at Sandy Hook Elementary School in Newtown, Connecticut, on Dec. 14, 2012.

Survive the school year with these must-have #BackToSchool essentials. https://t.co/9KgxAQ0KGz
This PSA contains graphic content related to school shootings & may be upsetting to some viewers. If you feel this subject matter may be difficult for you, you may choose not to watch. pic.twitter.com/5ijYMtXRTy

“Gun violence is a multifaceted issue,” said Stauffer, who adds that generating community-based solutions is one of the most important steps of the Peace Plan.

Stauffer joined the movement for his relation to gun violence in his hometown of Brooklyn, N.Y. He extolled the benefits of young people creating and leading the work of the movement. “We bring energy and passion to the issue that other generations probably could not.”

Smith agrees. Gun control is “a big deal since it is being done in schools,” he said. “You can’t ignore it.”