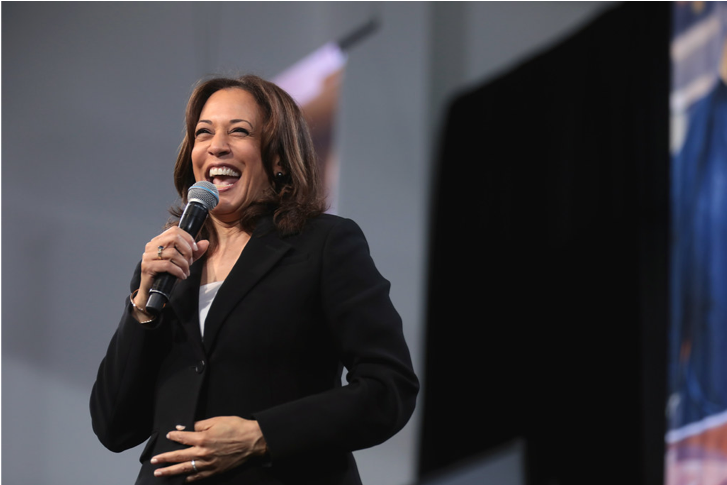 “I was a leader in the Senate last year on the bill to give more money to HBCUs,” Harris said. “I have dedicated $60 million for STEM education at HBCUs.”

As an engaged alumna of Howard University, the senator shared that she has “created some of the relationships between Howard and Silicon Valley to make Howard an example of what we should be doing at HBCUs.”

Harris highlighted aspects of her platform during an exclusive call with student journalists at HBCUs so that they could have the opportunity to ask a presidential candidate probing questions and report on a national political agenda that will have direct implications on their lives. Although Harris chose a career in government, she said she believes in the value and impact of black journalists.

“The role of black journalists and you at HBCUs are going to be so important to ensure that we are not played,” Harris told the students. “Our journalists have always been the trusted source and the authentic source.”

After sharing a portion of her background, which included her experiences at Howard University, she segued into her reasons for running for president. “Justice is on the ballot,” Harris says. She believes in fighting for the integrity of the nation, its democracy and individuals with low socioeconomic status.

However, a downside of running for president is having to address critics who challenge her level of blackness — an issue that President Barack Obama also faced. “I think it is important that we don’t let other people manipulate who we are,” says Harris, re-emphasizing her experience and relationship with Howard.

The senator alluded that her time at Howard helped to ground her as an individual. Therefore, she denounces negative rhetoric that brings her relatability to black people’s concerns into question. During an interview for the Jemele Hill Is Unbothered podcast, she told Hill that “it is challenging and, to be honest with you, it is also hurtful.”

In concluding the HBCU call, which was moderated by staff member Amos Jackson, who served as the immediate past president of Howard University’s student government, Harris said “it has not been just about me; it’s about showing people what can be.”