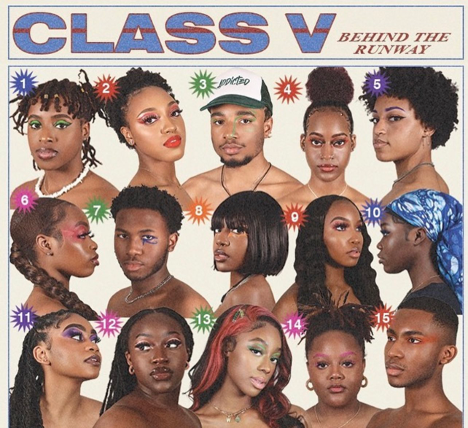 On Friday, March 18, 2022, Howard’s very own Models of the Mecca released its fresh class of talented artists in its showcase entitled, “A Night in Vegas.”

The event was held at the Whittemore House, a luxurious historic building located only ten minutes from campus.  It began at 7 p.m. and welcomed guests of the Howard community with flashy lights, a beautiful runway, and a talented group of Howard students. As guests walked through the grand doors of the Whittemore House, a red carpet accompanied their footsteps. Supporters walked into the main room where a long runway awaited its new class of models. At the end of the sacred runway sat a large screen that displayed the promotional videos for Models of the Mecca. Along with the screen, photographers waited at the end of the aisle for the arrival of Howard’s new set of models.  As guests began claiming their seats, the opening credits were made. Soon after, Howard’s finest were released. Models began flowing out onto the runway in singles, duos, and trios. With every walk, shouts of encouragement and excitement erupted from every direction of the room. “The models served the crowd a full course meal and then snatched the plate away with every new look they presented,” one attendee stated. The models were styled with vibrant colors, unique hairstyles, and exciting makeup looks. “A Night in Vegas” perfectly describes the theme of the event.

Class 5 had accepted an abundance of love, warm hugs, paparazzi, and bouquets of flowers by the end of the showcase. Photographs of the event soon began to surface on social media and it was clear models of the Mecca definitely brought Vegas to Howard. Members of Class Five embraced their performance by setting new standards for the modeling community of the Mecca. Colin J, a model for class five stated: “Coming out as a Model of the Mecca was a very exciting experience. The process took about six months long but the hard work paid off. I am extremely proud of everyone in my class and can’t wait to continue working with them and watching everyone grow.”

Putting together the showcase involved a lot of energy and effort. The organization had been preparing for the event for at least six months. Members say rehearsals occurred frequently. In fact, the final rehearsal lasted until four a.m. the night before the showcase. Precision detail was a key factor in preparing for the show, and the outcome clearly demonstrated that. For many of the members, the organization now holds a special place in their hearts. Aniyah Johnson, a sophomore model and graphic designer for Class 5 said: “Being a Class 5 member of Models of the Mecca has been very special to me. Being able to contribute to such an amazing production has been one of my most exciting experiences at Howard thus far. I can truly say that within this organization I’ve found a family. I’m honored to be a part of such a talented group of creatives and cannot wait to witness them grow.”

A family now expanded, Models of the Mecca now has approximately 54 members that will continue to contribute to not only Howard, but the modeling community.  This is only the beginning, so when you see Class 5, make sure to put some respect on their name. Bravo Class 5, more bouquets of flowers to come.