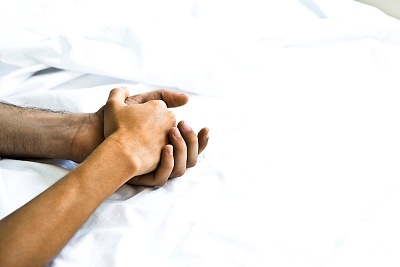 College is seen as a haven for better opportunities, more dating options and casual sex. Many colleges have more women than men, a ratio of 3-to-1 in some cases. This gives men the upper hand when it comes to choosing whom they wish to sleep with, and they expect their partners to be experienced.

That’s not the case for Traicee, a sophomore at Howard University who declined to use her real name. Unlike her friends, Traicee is not only a virgin, but she also has no sex drive.

“I feel like everyone has sex, and it’s supposed to be a part of the college experience,” she says. “It makes me feel a little offbeat compared to everyone.”

“Going to Howard, [men] are excited about having the option of a lot of women,” Traicee adds. “It makes me refrain from hanging out with guys one-on-one a lot; especially when they say, ‘Let’s hang out in my room,’ because I know what that leads to.”

According to a 2008 study by Obstetrics and Gynecology magazine, about 43 percent of women 18 and older have sexual problems. Ten percent of those women have complained about having low sexual desires.

Similar situations like this happen for Traicee who is attracted to men, but has no sexual desires past physical attraction. Since many of Traicee’s friends think her case is unusual, they think that she needs to seek help. According to the Mayo Clinic, common causes of low sex drive include anemia, alcoholism, anxiety, drug abuse, depression, stress and relationship issues. Traicee agrees that she occasionally experiences anxiety and stress, but says that this stems  mainly from college. In some cases, people who lack sexual fantasies and a desire for sexual activity for a period of time have Hypoactive Sexual Desire Disorder (HSDD).

Diagnosing someone with a low sex drive is not that simple as Traicee’s friends make it, explains Diane Schank, Ph.D., a clinical psychologist in Washington, D.C. “It’s hard to say if women have low sex drives or if they fear of being in pain.”

“I don’t think I have ever diagnosed someone with HSDD, because I think the issue of sexual desire has to do with the type of relationship the person is in,” says Schank, who has been a psychologist for 16 years and worked in sex therapy since her yearlong internship in graduate school.

“It is only seen as hypo-sexual if the person is with someone who wants to have sex a lot more than they do,” Schank says. “Also, some people have an anti-sexual upbringing, where they were told how bad sex was or if they had sexual trauma.”

As Traicee reflected back on her upbringing, she realized her parents might have had a lot to do with her low sex drive.

“I think I’ve seen my parents kiss all of two times, so I didn’t grow up in a household where affection was normal,” she says. “I feel like my parents are more partners than a couple because I never see affection. Therefore, it’s hard for me to be affectionate.”

Traicee’s mother taught her as a young girl to not waste time on boys and said the whole point of dating was to find a husband. Since Traicee was young, she clearly was in no rush to look for a husband anytime soon. She also believed all men and women lost their virginity after they eloped.  Thus, she figured she would lose her virginity to the man she married. As Traicee grew older, she realized she does not wish to get married until she is in her 30s. She is uncertain on when she will ever have sex.

“I don’t think I want to have sex; well, eventually I will, of course,” Traicee says, taking the statement back in confusion. “But I want to be in a relationship based completely off of love that is not related to sex at all. Then eventually, after we have been together for a while …” Traicee insinuates she would be open to having sex.

Sarah, a student at the University of Washington who also declined to use her real name, is in a relationship and has no desire to have sex. Sarah and her boyfriend have been together for more than a year and are going strong without sexual intercourse because of Sarah’s low libido.

“Refraining from sex isn’t hard, but it is not completely easy, because he wants to do it,” Sarah says gently. “I don’t think it affects him in a negative way, but I think it would make him happier if we had sex.”

“I don’t think sex should be as casual as it is today,” Sarah believes. “People should be able to count how many partners they have slept with on one hand.”

Sarah’s lack of desire to have sex does not take a toll on her at all. In her case, treatment is unnecessary because she does have an issue with her low sex drive. However, for those women who would like a solution for their low sex drives there is hope. Alan L. Marcus, Ph.D., a psychologist who specializes in couple’s and sex therapy in Washington, has several suggestions.

“Patients should get checked by their gynecologists to make sure there are not any biological, hormonal or physical issues that are creating it, including birth control,” Marcus said. Birth control pills contain estrogen and progesterone, which can affect a woman’s sex drive.

For more information about treating a low sex drive, check out this video on young women with low libido.