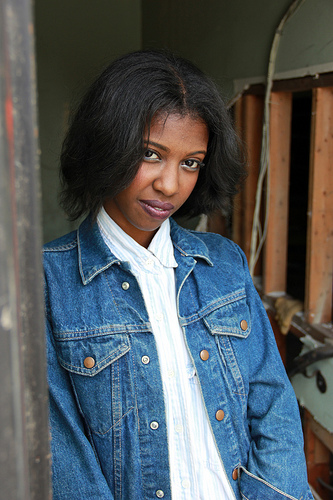 Like many college students, Amandla Baraka has been saving for her spring trip for months. She’s booked flights, arranged lodging and even bought a few outfits for the occasion. What sets her apart from her peers, however, is her destination. Baraka is forgoing her typical spring break and flying to Cannes, France, on May 13 to participate in the Cannes Film Festival. 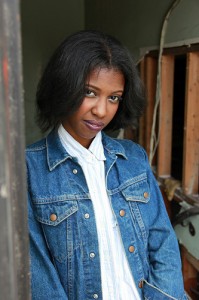 “It was three in the morning when I found out I was accepted,” Baraka recalls. “I screamed and danced around and then went to wake up my roommates so they could dance and scream with me.”

The news was accompanied with a great rush of relief for the Howard University senior.  “If you put your all into something, it becomes your baby,” she explains. “And like a parent, I didn’t want anyone to judge my work.”

“I guess finding out that my work was accepted is like when my mom found out that I got into college. It’s like, she’s seen my potential my whole life and finally somebody else recognizes it.”

Acceptance into Cannes is no small feat. After submitting an application full of essay questions, Baraka was required to submit a two-minute introduction video that demonstrated why she should be selected for the program in addition to her film submission.

Baraka laughed as she began to describe her submission. “My introduction video was different to say the least. I really just talked about my vision and how it fits into the style and culture of Cannes, France.”

The film festival fits well with the culture and spirit of Cannes, a city known for its luxury and social nature. Created by Jean Zay, the French master of education in the late 1930s, the Cannes Film Festival didn’t find its footing until 1947. Even then, only 16 countries were eligible to submit work. Now, in its 65th year, the festival can boast international attendance and attention from celebrities and private individuals alike.

“Festivals, no matter how big or small, serve an integral role in the life of the independent artist,” says Marcie Goodman, executive director of the Cleveland International Film Festival. “At their most basic level, these festivals provide a safe space for artists to share their work.”

“I truly believe that Cannes is the mecca for young artists,” Goodman adds. “If you can get your foot in the door be prepared to learn a lot about yourself and about your craft, the two go hand in hand.”

The granddaughter of black arts poet and Howard University alumnus Amiri Baraka, Amandla Baraka is no stranger to artistic expression. In fact, one could say it’s stitched into her DNA.

“My grandfather taught me so much about expression without explicitly telling me how to express myself; life taught me that,” Baraka says as her face  begins to flush. “My grandfather empowered a faceless group of people, and that’s what I hope to do for our generation.”

Whether she knows it or not, Baraka has already made her mark on her surrounding community. Freshmen Taylor Willis and Alex Jerdine both recognize Baraka for her on-campus achievements.

“Mandi is so cool, and she’s so deserving,” Jerdine said. “I know this is creepy but sometimes I stare at her while she works in the yearbook office; she’s like captivating.”

Willis chimes in excitedly. “Mandi is extremely artistic,” she says. “I’ve seen several of her Photoshop creations and I can only imagine how fantastic her films are.”

For now, Baraka is keeping her film under lock and key, as she wants to maintain its integrity. “None of my friends have seen my work,” Baraka says,  “and they probably won’t see it until I get back from France. I just don’t want to jinx anything right now; it feels too surreal.”

Dustin Lee, winner of the Ohio Shorts Program in the Cleveland International Film Festival for 2012, can identify with Baraka’s range of emotion.

“Your first acceptance to any festival is overwhelming,” Lee says. “I know I check the address several times to make sure they’ve sent the letter to the right person and then pinch myself to make sure I’m not dreaming.”

Lee admits to practicing pre-submittal rituals to boost his luck and his chances of winning.

“I only submit online work in my boxers,” Lee reports with a serious air about him. “It’s completely natural. Ask Spielberg.” He finally breaks character with a laugh.

Baraka adopted the same demeanor when discussing her spring break.

“I literally couldn’t care less. I take pride in saying, ‘Sorry, I don’t think I’ll be able to make it to Puerto Rico with you next week. Oh, why, you may ask? Because I’m saving for my trip to Cannes.’”

“The look on their face reassures me of my purpose in a way that I’m doing something right,” she continues. “I never went into this for self-glorification; I’ve always wanted this for my generation and for my peers.”

Whether they are aware or not, a group of twentysomethings is traveling to France with Baraka. Their suitcases have already been packed and filled with clothes, toiletries and shoes. Passports have been expedited as the trip begins in May.

These twentysomethings are forgoing spring break 2013 to learn and educate celebrated people about their nameless plights.

Finally, Baraka giggled. “I wouldn’t have it any other way.”