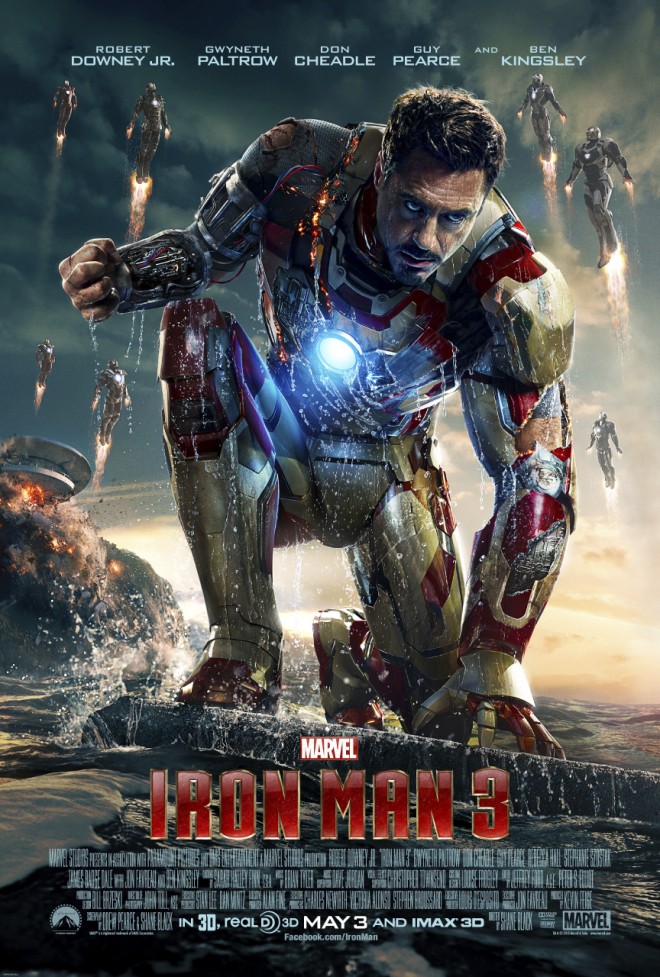 Tony Stark, everyone’s favorite genius, billionaire, playboy and philanthropist, is back — possibly for the last time.

Two-time Golden Globe winner Robert Downey Jr., the star of “Iron Man 3,” sat with the rest of the cast  to discuss the movie, which opens today, and rumors of a fourth installment.

“I think we’re kind of closing this circle,” Downey tells Access Hollywood. “They’re closing this chapter, and their whole kind of body of work with all the other franchises and Avengers and all that stuff. I’m an integral part of it, but I’m not the be all end for it.”

“Ironman 3” is the long anticipated conclusion to Stark’s story and segment of “The Avengers.” The movie is a prequel that recounts how Stark came to be part of an unlikely group of warriors..

“If people make enough noise about it, there’ll be an ‘Iron Man 4,’’ says Don Cheadle, who plays Rhodey, Stark’s leading confidant and controller of The War Machine. “Who knows?”

Though many expect that the film will follow suit with the comics, it has been revealed in an unexpected twist that Stark and Rhodey may not be the only masked figures kicking ass.

“I loved doing the action sequences,” says Gwyneth Paltrow, who plays Downey’s love interest, Pepper Potts. “I loved doing the stunts and flipping around. He and Don were in tears about their suits. I was like ‘guys, it’s not that big of a deal.’ We always tease each other but we love each other a lot.”

“Iron Man 3” concludes with a cliff-hanger — making it possible for Marvel to add another film to the trilogy.

Since the first “Iron Man” release in 2008, the films have collectively grossed more than $630 million in box office sales. The series has also received honors such as 2008 MTV: Best Summer Movie, 2009 AFI: Movie of the Year and 2011 People’s Choice: Favorite Action Movie.

The haughty crusader may appear in future Marvel classics such as “Captain America 2” and “The Avengers 2,” scheduled for release in 2015.

Until then “Iron Man 3” fans, get ready for blast off. It’s an explosion you won’t want to miss!