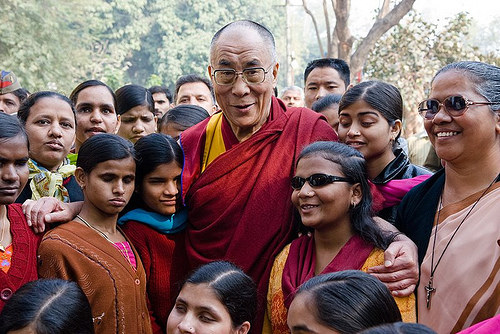 From Oprah Winfrey to the Dalai Lama, Who’s Who at Commencement

Contributor
Add comment
5 min read
Kerry Washington, a fixture and fixer in the nation’s capital as Olivia Pope on ABC’s “Scandal,” will return to speak at her alma mater at this year’s commencement. Who else will be delivering advice to eager graduates? Check out this ongoing list of prominent speakers invited to inspire the class of 2013:

Claim to fame: Oprah Winfrey, the first female African-American billionaire will act as Harvard’s 2013 commencement speaker. Winfrey started out working as a co-anchor for WTVF-TV in Nashville and WJZ-TV in Baltimore. It was her move to Chicago in 1984 that landed her as the host of WLS-TV’s morning talk show, which was renamed “The Oprah Winfrey Show” a year later. Today, she owns a television station, continues with her own series, “Oprah’s Next Chapter,” and partners with the Hearst Corp. for O the Oprah Magazine.

Claim to Fame: William Jefferson Clinton was the first Democratic president in six decades to be elected twice – first in 1992 and then in 1996. Under his leadership, the country enjoyed the strongest economy in a generation and the longest economic expansion in U.S. history, including the creation of more than 22 million jobs.

Graduation Details: 10 a.m. Saturday, May 11, on the Upper Quadrangle, better known as “The Yard.”

Claim to fame: The Dalai Lama, Tenzin Gyatso, is the spiritual leader of the Tibetan people and head of state. At age two, Lhamo Dhondup, then called his birth name, was recognized as the incarnation of Tibet’s former Dalai Lama, Thubten Gyatso. Referred to as “His Holiness,” the current Dalai Lama assumed full power in 1950 after the Chinese invasion of Tibet. Gyatso is the 14th Dalai Lama.

Claim to Fame: Possibly best known as his character Cliff Huxtable on the hit series, “The Cosby Show,” Cosby started his legacy in the 1960s with his coast-to-coast comedy shows, which went on to win him multiple awards. His co-star on “The Cosby Show,” Phylicia Rashãd, is a graduate of Howard University

Claim to Fame: Stephen Colbert is a best-selling author, political satirist, writer and comedian.  Colbert is the host, co writer and executive producer of Comedy Central’s “The Colbert Report,” a spinoff of “The Daily Show.” Colbert’s Emmy and Peabody Award-winning series premiered in 2005 and averaged 1.2 million viewers nightly during its first week on the air. In 2011, Colbert and his wife donated funds to the university to create an Arts Scholars program.

Claim to Fame: Toni Morrison is a Nobel and Pulitzer Prize-winning novelist and writer. She is a Howard alumna most famous for works such as “Beloved,” “Song of Solomon,” “The Bluest Eye” and “Jazz.” Morrison will speak at Senior Day before the annual commencement and will receive the Nicols-Chancellor’s medal. The medal is one of the university’s highest honors given to those who define the 21st century and exemplify the best qualities of the human spirit.

Claim to Fame: The Newark, N.J., mayor, who is in his second term of office, has supported charter schools and reduced the city’s crime rates. He drew attention for random charitable actions such as shoveling a Newark resident’s driveway and rescuing his neighbor from a house fire. Booker plans to run for the U.S. Senate in 2014.