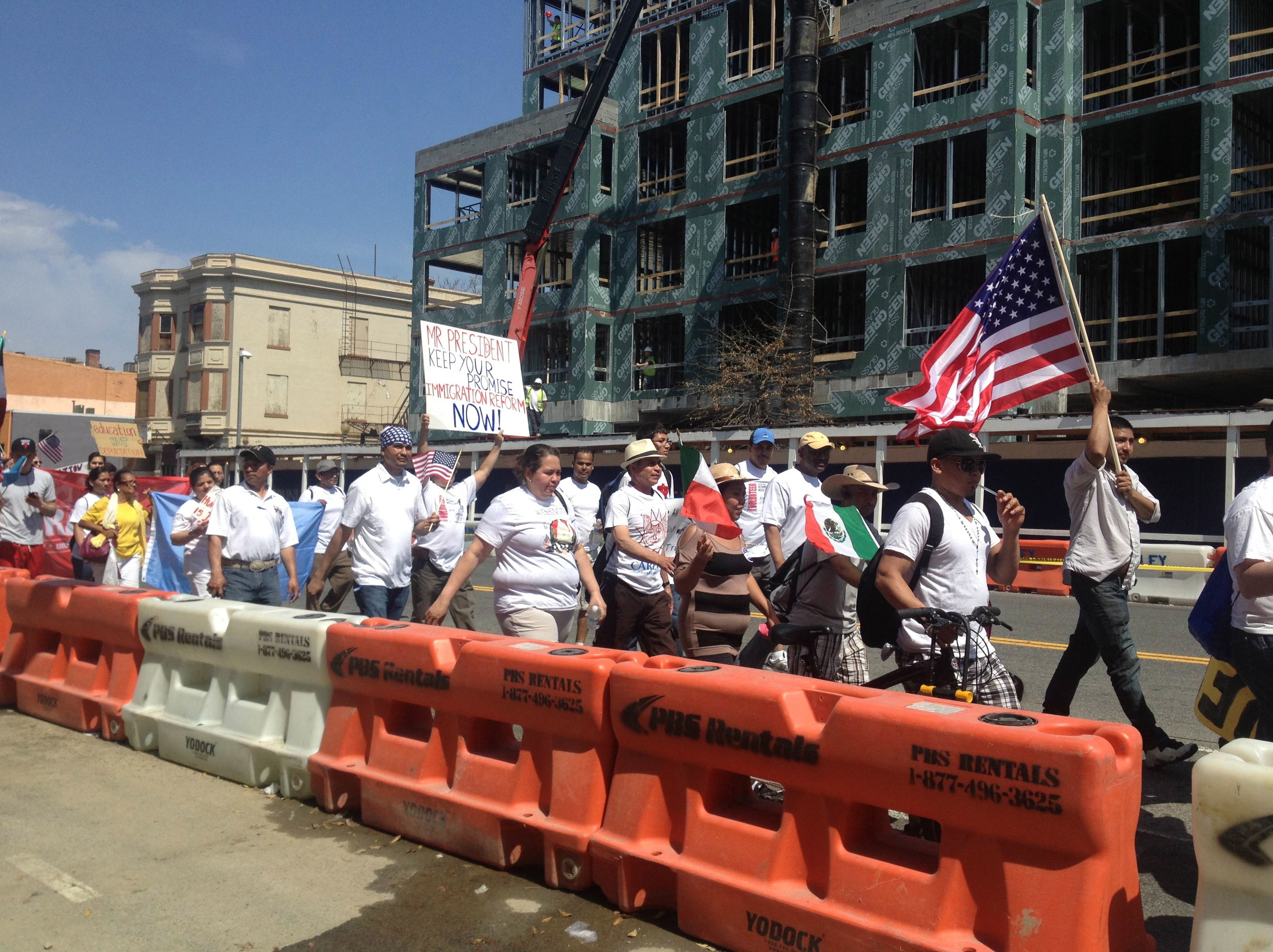 Immigrants March for the American Dream

As senators prepared to finish an immigration bill that many believe will offer comprehensive reforms, thousands of protestors marched on the Capitol. April 10 commemorates the seventh anniversary of the last large-scale reform movement.

“We are closer now than we have been in 25 years for serious immigration reform,” Sen. Richard J. Durbin remarked during a briefing with the Congressional Hispanic Caucus.

The senator’s comments mirrored the hopes of the demonstrators, many of whom traveled hundreds of miles to make their voices heard. For more information on the rally, visit the Citizenship Now.