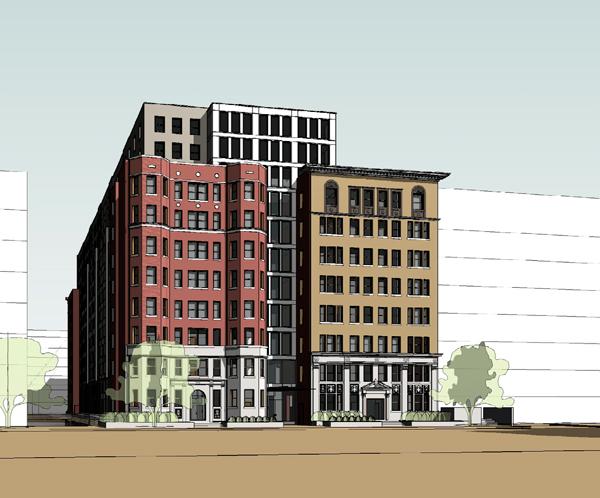 A “super dorm” under construction at George Washington University will be the most expensive residence and one of the largest on the Foggy Bottom campus.

Construction began in the summer on the $130 million dorm, which will combine three existing residence halls along the 2100 block of H Street in Northwest Washington. The dorm will hold 850 beds for sophomores and juniors. It runs a close second in size to Thurston Hall, which houses 1,000 freshmen, but already it has started to impact students.

Residents who live near the campus generally support the dorm construction, because they think it will confine the noise to one space, instead of being spread around the neighborhood, according to Advisory Neighborhood Commissions in the Foggy Bottom area. However, the greatest impact will be on students starting their sophomore year.

The residence halls that will be renovated are Crawford, Schenley and West End Hall. These halls house more than 500 students, most of whom are sophomores. This is the last semester that anyone will be living in these halls because of the construction. Some students have voiced concerns about their housing next year.

“I’m worried about where I’m going to live … during construction” said Chad Green, 19, a sophomore.

Many students have mixed opinions on whether the super dorm should be built, but they have come to a general consensus that they will be the ones to carry the biggest burden during this transition period.

“This is going to be good once it’s done,” one junior said. “It just sucks that we have to be the ones to go through the construction period.”

Student opinions range from the super dorm being a good idea, because they say the dorms being renovated are in poor condition, to construction overload.

“There’s so much construction going on that I don’t even realize when something new is being built,” said Rebecca Goldberg, 20.

George Washington University has been approved for eight new construction projects, including a 376,928 square-foot project that will combine the university’s science and engineering department. Other construction projects include renovations to the Gelman Library and a new textile museum. Construction on the super dorm will be complete in 2016.