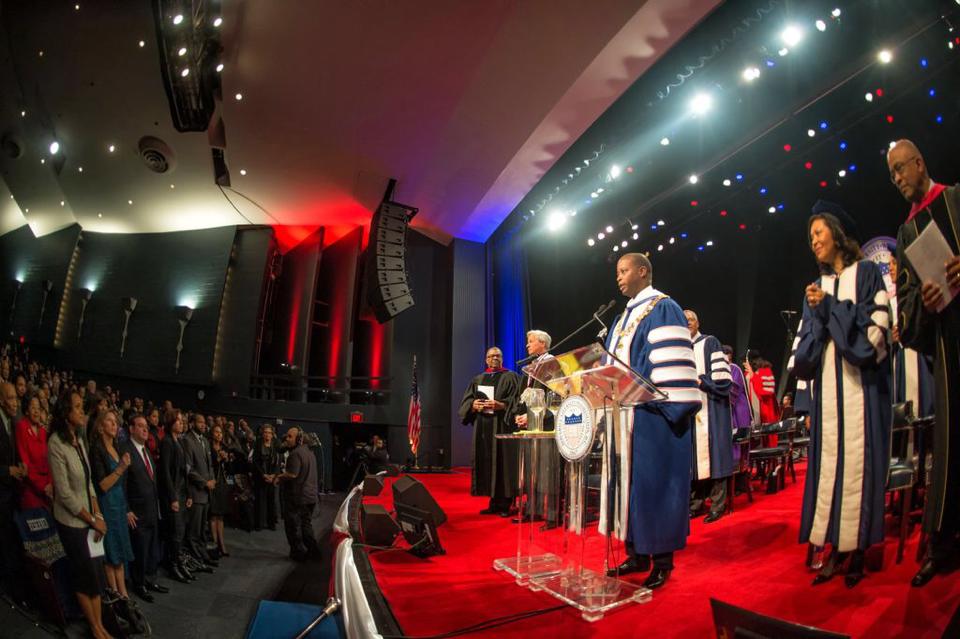 Dr. Wayne A.I. Frederick, president of Howard University, reinvigorated students, faculty and alumni during the keynote address today at the 147th Opening Convocation, which signaled the official start of the academic year.

As he welcomed the student body, Dr. Frederick laid the foundation for a better relationship between the campus community and the administration.

“We will create a faculty development office to serve as a resource for our faculty members,” Dr. Frederick said. “We can’t say we want more out of our faculty and not provide them with the tools and resources that will allow them to succeed.”

As his speech continued, Dr. Frederick also discussed a plan of action for students. “For our students, our goal is to enhance [your] academic experience,” he explained. “We’ve made a down payment by renovating 50 new classrooms with smart rooms.”

Overall, Dr. Frederick gave hope of a better Howard to students, faculty and alumni. “I believe in Dr. Frederick, and I’m eager to see where he takes Howard,” said junior Alana Jones.

At age 16, President Frederick came to Howard University from Trinidad in pursuit of a medical degree. As a triple alumnus, he has served as director of the Cancer Center, provost and chief academic officer, interim president and now officially Howard’s 17th president since July.

Today, students witnessed the end of one era and the beginning of another. As they listened to President Frederickwho was once in their positions, they saw the fruition of a young man’s dream. Many students have said, “Howard doesn’t make your experience: you do.” Some students see the president as an example of this quote.