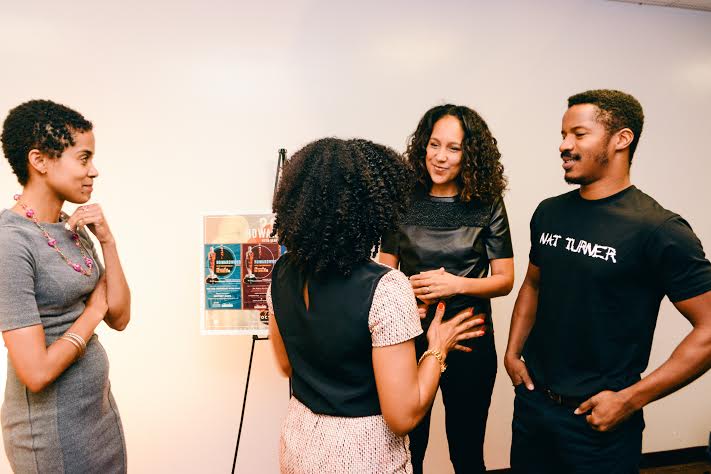 Gina Prince-Bythewood experienced lots of rejection before her success directing “Love & Basketball” and “The Secret Life of Bees.”

“You have to be passionate about what you’re working on, because you are going to get a thousand ‘noes,’” Prince-Bythewood said. “The thing that I learned with ‘Love & Basketball,’ which got turned down by everybody as well, is that you just need one ‘yes.’”

Prince-Bythewood was one of several professionals who gave eager students an inside look at Hollywood at the fifth annual “Howardwood” on Thursday in the Blackburn Center at Howard University. The event links students to careers in entertainment through workshops and discussions with industry veterans.

“This year we’re really just trying to connect everyone,” said Jeremy Clayton, the 2014 coordinator and a senior majoring in public relations at Howard.

Clayton and the May Sister Entertainment, run by two Howard graduates, organized the BET Actor Workshop and the CBS Internship Workshop.

“What Asha and Adia May, the founders of Howardwood, wanted to do was give back and make that bridge from Howard to Hollywood,” Clayton said.

Some students were able to interview with network executives and meet people like actress Ashley Blaine Featherson, a Washingtonian who has appeard on “Glee” and in the new film “Dear White People.”

A-list professionals in attendance ranged from Robi Reed, a BET vice president who has worked on more than 50 films and TV programs during her career as a casting director and producer, to Whitney Davis, manager of entertainment diversity at CBS.

Prince-Bythewood participated in the final segment, “Genius Talk,” an intimate discussion with actor Nate Parker. The two will be releasing a movie on Nov. 14 called “Beyond the Lights” starring Parker, Gugu Mbatha-Raw and Minnie Driver.

In the discussion, Prince-Bythewood revealed personal hardships she dealt with from the beginning of her career and some of her learning moments. She even encountered several obstacles with her latest film from studios that didn’t consider Mbatha-Raw a star.  It wasn’t until BET agreed to invest $2 million that the ball started rolling for “Beyond the Lights.”

These stories resonated with many aspiring entertainers in the audience. Rachel Solomon, a senior majoring in public relations, called the event “extremely beneficial.”

“I loved it,” Solomon said. “‘Howardwood’ brings these awesome entertainers from the media, writers, directors and casting crews who are looking to help you in order to hire you in the future.”

Parker made it clear that the entertainment field is not just about getting hired, though. It’s about being prepared.

“You shouldn’t pray for work,” he said. “You should just make sure that when the time comes, you’ve done everything you could possibly do to be prepared for that situation.”

Parker detailed his work ethic in preparation for “The Great Debaters.” Leading up to his audition, he knew every character’s lines and even wrote a 100-page back story for his character, Henry Lowe.

Parker is currently working on a project about the life of Nat Turner. The film is in commemoration of Turner’s legacy and the 150th anniversary of the 13th amendment.

Robyn Hutson writes about TV and film for 101 Magazine.net.