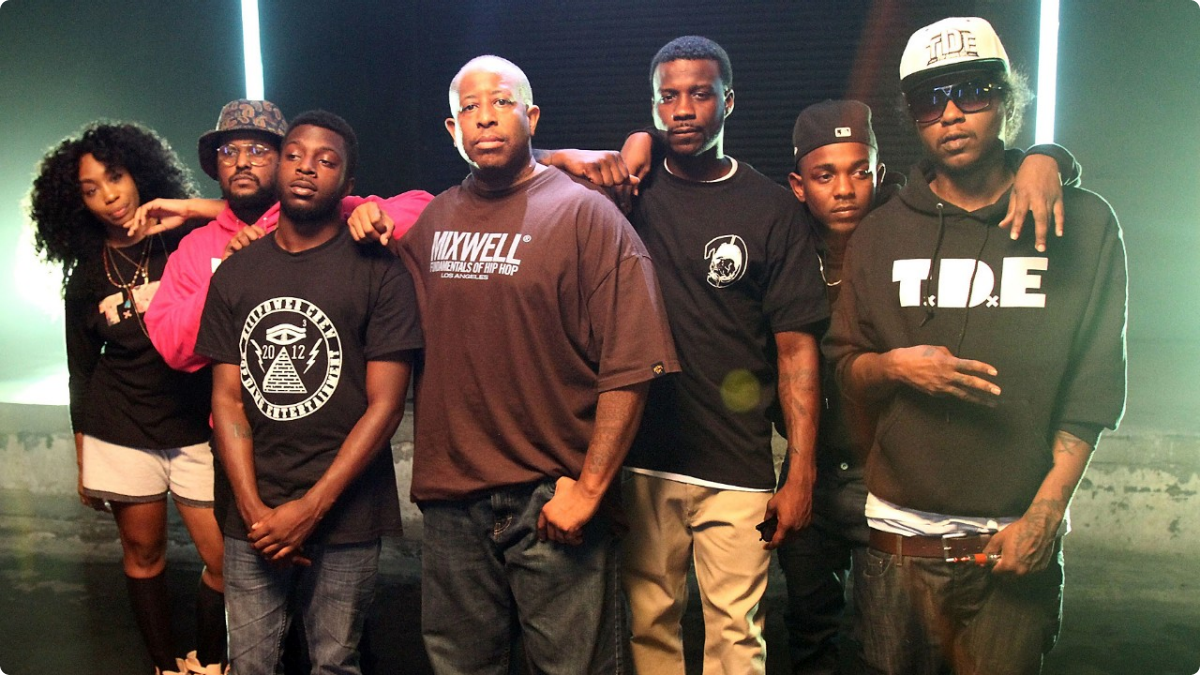 A Year in Hip-Hop: The Most Anticipated Albums of 2015

In the world of hip-hop, Top Dawg Entertainment (TDE) owned the first few months of 2014. In January, TDE’s youngest, Isaiah Rashad, releases his debut album, Cilvia Demo, pleasing the hip-hop gods and Stans with his dark and twisty mind paired with a smooth and raspy voice. In February, after two beloved but fairly underground albums, Schoolboy Q releases Oxymoron, proving himself to be more than a cult-classic rapper, with cloudy tales of addiction, parties and the infamous Hoover Street. Then in April, the proclaimed First Lady of TDE, SZA, releases her first studio album, Z. The murky, echo-filled dream world SZA creates in Z serves as splendid follow-up to her more experimental EP, S, released almost exactly a year before Zs release.

2015’s beginnings, on the other hand, provide hip-hop fanatics with a bit more to bite off than they can chew with a slew of potential hip-hop classics — although Kendrick Lamar Stans may argue that, once again, the year belongs to TDE. In January of this year, Joey Bada$$ drops his first studio album, B4.Da.$$, on his 20th birthday (on my 20th birthday, I was drinking Shirley Temples at Vapiano’s). That same day, Lupe Fiasco comes out of rapper’s recluse with his highly-awaited fifth studio album, Tetsuo & Youth. In February, Big Sean releases Dark Sky Paradise, filled with bangers like “Blessings” and “I Don’t F**k With You.” That could have tied over the average hip-hop fan until the summer, but Kendrick Lamar ushers in March with perhaps one of the greatest hip-hop albums of all time, To Pimp A Butterfly.

As though that didn’t give critics and fans alike enough to talk about, Earl Sweatshirt releases his highly-anticipated sophomoric album, I Don’t Like Shit, I Don’t Go Outside, Action Bronson draws more parallels between cooking and sex in his third studio album, Mr. Wonderful, and Wale utilizes the classic sitcom Seinfeld to frame his release The Album About Nothing. Even this month, Tyler, The Creator introduces fans to a softer, less controversial side of himself in his forth studio album, Cherry Bomb.

Still, this year in hip-hop is far from over, with more expected and rumored releases from a slue of hip-hop fan favorites. Check out some of 2015’s rumored line up in the world of hip-hop:

After releasing an extremely successful mixtape, Live.Love.A$AP, that put both him and the A$AP Mob on the map back in 2011, A$AP Rocky, born Rakim Mayers, is creating a space of his own with his upcoming album, At.Long.Last.A$AP, produced by Danger Mouse and the late A$AP Yams. The native Harlem rapper says At.Long.Last.A$AP’s acronym, A.L.L.A, is paying homage to his namesake and hip-hop legend, Rakim Allah. In an interview with GQ, Rocky says, “I’m claiming ownership of my legacy….I’m named after Rakim, and I’m finally facing what it means: I was born to do this shit. And I hope I get to do it for a very long time.” Some confirmed features on the album include FKA Twigs, Clams Casino and Lykke Li.

Surf  Donnie Trumpet and the the Social Experiment

Promised in December of 2014, Surf is Chance The Rapper’s first free album after his beloved mixtape Acid Rap. Chance The Rapper, born Chancellor Bennet, is recording the album with his band The Social Experiment, as a part of a series of projects. According to Bennet, the album “highlights” the band’s trumpet player, Donnie Trumpet. Chance also mentioned he and The Social Experiment have been working with artists such as Frank Ocean, Rick Rubin, J. Cole and Migos, but did not indicate whether they were going to be apart of the album. It has been confirmed, however, that Surf will include collaborations with Francis Starlite from Francis and the Lights.

After impatiently waiting since Frank Ocean’s 2012 album, Channel Orange, fans can finally anticipate a new album at some point this year. In fact, fans began teeming with excitement when Ocean began dropping hints of a new album on his Tumblr account, including a two minute demo called “Memrise.” Ocean has also dropped loose quotes about having interest in working with Tame Impala, Danger Mouse, and King Krule, but there has been no confirmation on any album features. Ocean’s upcoming album is reportedly influenced by the Beatles, the Beach Boys and Stevie Wonder.

Although it’s nearing two years without a ‘Ye album and he seems to be focusing much of his attention towards the fashion world as seen by his recent collaboration with Adidas, the hip-hop rumor mill is saying Yeezy does not intend to neglect his fans of an album for too much longer. Unfortunately, it is unclear whether both the leaked album cover art and track list are fake, leaving fans with very little information on the rumored upcoming album. West himself left his fans with only two tweets giving definitive information in regards to the album. The first tweet, written in early May, says he is changing his album name from “So Help Me God” to “Swish.” The second, made shortly after, says, “I might change [the album name] again but that’s the name now.”

Kid Cudi has no intention of pulling a Beyoncé and surprising fans with a new album; he announced his newest projects release on Twitter earlier this month saying, “My new album is called Speedin’ Bullet To Heaven. Coming really really soon, so stay in tune.- Cudder.” This is an extremely fast turn around for the artist considering the February release of his mixed-review-receiving album, Satellite Flight: Journey To Mother Moon. Working with artists like Emile Haynie, Plain Pat, A-Trak and Dot da Genius, Cudi may generate a more positive reaction to Speedin’ Bullet To Heaven from both fans and critics alike.

The G.O.O.D. Music rapper’s 2012 release of his first solo studio album, My Name Is My Name, was received with universal acclaim. His quick and abrasive wit paired with a voice barely louder than a grumble won fans and critics alike over. Still, some felt My Name Is My Name’s message got lost in feature artists, leaving people asking, “Who is Pusha T?” Hopefully, King Push will paint a clearer picture of the rapper himself. Still, Pusha T intends to leave fans guessing until he drops the album. “I dropped ‘Lunch Money’ to show how far out me and ‘Ye are going to go, just sonically,” Pusha T told Rolling Stone. “Now, I feel like people don’t know where the hell I’m going to go on the next record. And that’s where I want them to be.”

Meek Mill has been teasing fans with snippets of Dreams Worth More Than Money on both his Twitter and Instagram since its release was delayed in the summer of 2014 due to Mill’s revoked probation. With confirmed featured artists such as Jay-Z, Big Sean, Rick Ross, Chris Brown, Rita Ora and more, the album is supposed to focus more on rapping than on money, according to Mill. So far, four tracks have been confirmed for the album including “B Boy” featuring A$AP Ferg and Big Sean and “Ima Ride” featuring Rita Ora.