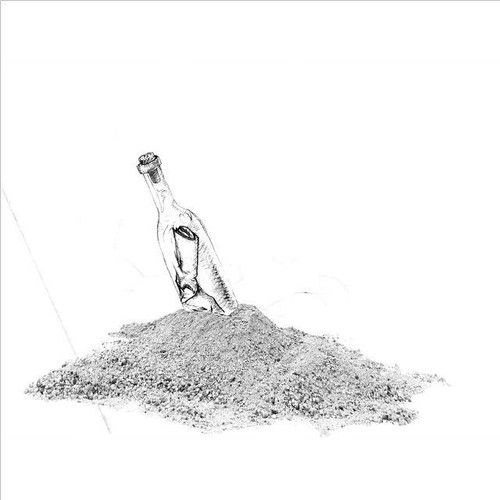 ‘Surf’ Soars as a Collaborative Effort

As the album title implies, Surf is something like a vacation, with the smell of salt water and sand mingling in your nose, waves crashing and receding at the shore, and lazy bodies sprawled out under the sun. Then, with a joyous yank, you’re cast into the crowds of New Orleans’ Fat Tuesday, your ears filled to the brim with wailing horns and rolling drums that jump with jubilee. Just as you began to sync your leaps with that of the euphoric crowds, the space begins to spin and you find yourself taking a dip in a secret sun-streaked watering hole in the depths of a quiet forest — and that’s only within the first three songs.

In an industry filled with “it’s lonely at the top’s” and “me, myself, and I’s,” Donnie Trumpet and the Social Experiment’s crafted an ode to harmonious collaboration. It was as if the group put their heads together to come up with the ultimate friend vacation, filled with adventurous nights, lazy afternoons, drunk confessions, and revelations built only from the freedom of letting loose. Most importantly, it was joyful, leaving behind a feeling that life is strange, but very, very good.

But perhaps what’s most miraculous about this album is its relationship with the rap world’s beloved young one Chance The Rapper. Chance’s playful and elated spirit he shared with the world in his breakout 2013 sophomoric mixtape, Acid Rap, was as present as ever in Surf. Owing the music industry nothing thanks to expertly avoiding its outstretched hand, Chance weaves his way through the album in the way only a free man could. Donnie Trumpet and the rest of the social experiment (that’s Nate Fox, Nico Segal and Peter “Cottontale” Wilkins, Greg “Stix” Landfair Jr.) keep up with Chance as if they were cut from the same joyous cloth. Although some may argue Chance brought jubilee to the table (perhaps because he’s the household name), the collaboration begets the question what came first — the chicken or the egg? Did the Social Experiment raise each other, weaving joy into the group’s DNA together? Or did Chance bring to the table a Black Boy Joy that was all his own?

The answer lies in murky waters, but Chance makes it clear that regardless of where his joy was born, he takes it with him wherever he goes. In Surf’s “Familiar,” Chance pairs up with King Louie, a drill rapper out of Chicago, and Migo’s trap star Quavo, to create a vibrant and braggadocios ode to individuality. Despite its trap elements and features, the song abides by Chance’s golden rule of warmth, built to bring a giant grin on your face as you pregame to it with your friends.

Gospel also stakes its claims within the depths of Surf. Elusive spirituality grips “Miracle” and “Sunday Candy,” with something reminiscent, but more powerful then merely Christian Rap. The praise drifts away from specificities and lingers more on the puzzling complexities and ambiguous blessings of life. But while Chance’s stance on religion and Christianity remains hard to read, Surf’s gospel speaks very clearly to his pride in a cornerstone of his community — the black church. Whatever role it played in Chance’s life, Surf’s ode to its traditions is yet another example of his wonderfully whimsical balance between breaking the mold and clinging to familiar black culture, similar to his devotion to Chicago’s beloved spoken word.

Aside from its joyous spirituality, there is a core decency within the communalism of this album that speaks to Chance’s irrefutable gratefulness to music and his come-as-you-are graciousness. The Social Experiment places major musical figures, like Erykah Badu and J. Cole, with underground artists from his hometown, like Noname Gypsy and Saba, in an album together with a level of confidence that only exists among people who believe music isn’t an exclusive club, but a celebration of shared creativity. Perhaps more than the any lyrical advice that Surf can offer, the generous way it passes around the mic, bringing it back to the communal hip-hop ciphers of yore, is its greatest lesson.