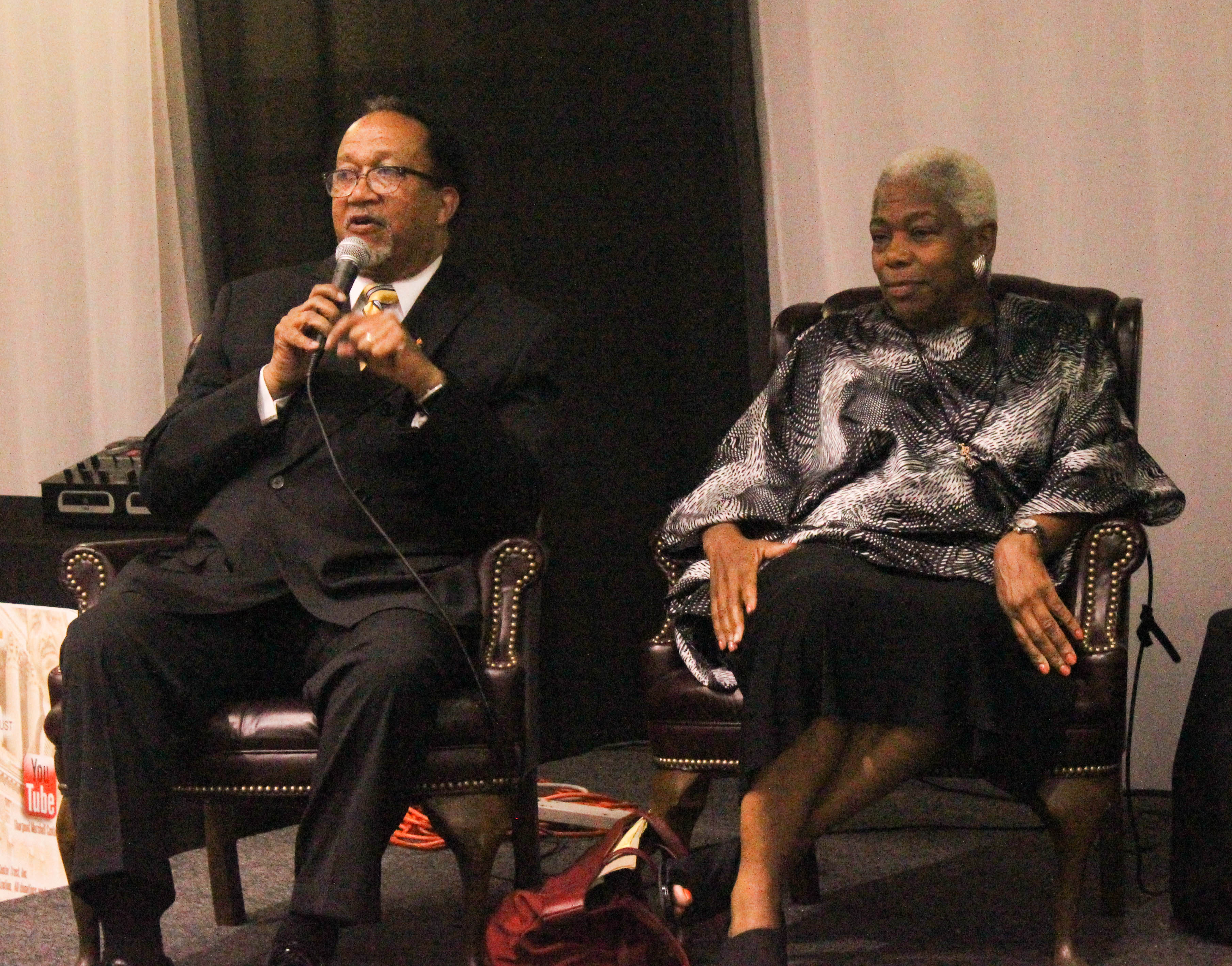 The Thurgood Marshall Center Trust showed the 2014 film Wilmington 10: Pardons of Innocence. It depicted the case of 10 activists wrongly convicted of arson and conspiracy in Wilmington, N.C., in 1971 and underlying racial tension in the city. A young filmmaker, Cash Michaels, created the film with the help of the National Newspaper Publishers Association.

“What you saw was a true story from Wilmington, N.C., but it is relevant today,” says Dr. Benjamin Chavis, the leader of the Wilmington 10 and CEO of the NNPA. Chavis connected the Wilmington 10 story to current news events such as the Black Lives Matter movement involving victims ranging from Trayvon Martin in Sanford, Fla., to Michael Brown in Ferguson, Mo.

The case started when 10 members of the Wilmington protest were accused of firebombing a white-owned store called Mike’s Grocery on Feb. 6, 1971. The accused were sentenced with a total of 282 years in prison.

In 1976, Amnesty International took on the case and classified the defendants as political prisoners. In 1977, the three prosecution witnesses recanted their story. The convictions were overturned in 1980 by a federal court. In 2012, North Carolina Gov. Beverly Perdue pardoned the Wilmington 10 after receiving petitions and being urged by organizations like the NAACP.

The panel even discussed different perspectives of race and racism. Lani Guinier discussed the idea of “political race,” which she defines as “people who don’t come together based on their physiological similarities, but what they believe in.”

For Elaine Jones, powerful racists are a huge problem in America today.

Throughout the film, a recurring theme was the role of young people in starting the protest in Wilmington. Chavis was 23 at the time while the rest of the Wilmington 10 included high school students.

Chavis and Ferguson were proud and supportive of the protest movements young black millennials are doing today.

“I support Black Lives Matter and the young black people who started the movement,” Chavis says. “I was encouraged by the young people in Ferguson and Florida during the Trayvon Martin case. I think black millennials are rising. I hope that you rise in the sense of continuity. Millennials should rise higher.”

“I will not assume that young people don’t do anything,” Ferguson says. “We have to try to help and support where ever we can.”

After the panel discussion, Yearwood announced the launch of the Thurgood Marshall Council on Social Justice, which was inspired by the Wilmington 10. She explains that the council will help to “battle systemic structures that reinforce inequality in communities.”

“It embodies what Thurgood Marshall was about — social justice,” she says.

Many attendees were inspired and changed by the event. “The film took an appropriate amount of time to encapsulate the story,” says attendee Christina Fields.

When asked about how he felt about seeing his story on film, Benjamin Chavis gave kudos to filmmaker Cash Michaels and hopes to help distribute the film in other locations.

“It was a great portrayal,” he says.