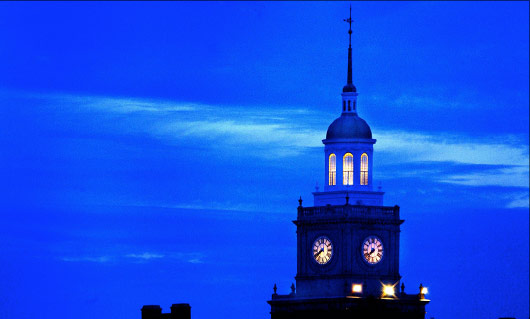 “The Time is Always Now: Celebrating 150 Years of Excellence in Truth & Service” reads the official site for Howard University’s Sesquicentennial. For the historic university, this milestone is an opportunity to show that its legacy is even more important to society than ever.

A committee of more than 30 faculty, students, staff and alumni is coordinating events throughout the year. The committee co-chair, Danielle Holley-Walker, dean of the Howard University Law School, shared her excitement about the milestone year.

“So much of what we have done in the past, are doing now and will do in the future is critical to the success of the entire country,” Walker said. “That’s what excites me.”

“Howard’s 150th is not just about Howard,” she said. “We really inspire excellence throughout the globe. So in that, it’s much bigger thing than us. It’s about saying, ‘Here’s the critical role that Howard continues to play across the globe.’”

The major events will occur during charter week to coincide with the university’s founding on March 2, 1867. They include the Charter Day Convocation, the Charter Day dinner and a special sesquicentennial celebration at the Smithsonian’s National Museum of African-American History & Culture.

“If you don’t celebrate it, then others won’t know what’s going on at Howard, which is kind of a selling point — the ‘you know Howard has a wonderful community,’” said Rasheed Copeland, a Howard student. “Then we can get not only more students to sell into Howard, but philanthropists and alumni who will know that what’s happening here is something fruitful.”

Other events that will occur throughout 2017 include:

Walker has enjoyed seeing cooperation from across the campuses in creating these events.

“The thing that’s been most exciting has been having a chance to see the community come together,” Walker said. “I’m working with undergrads and faculty from across the university.”

“The anniversary has also provided a chance to focus on the mission of the university and look at the bigger picture, beyond the day-to-day work.”

Despite the widespread celebrations and events planned across the university for this milestone, Howard student Jasmine Scott doesn’t believe the African-American community praises itself as it should.

“I don’t think we celebrate enough, especially since most of America thinks we’re only supposed to celebrate during the month of February,” Scott said. “Our community, our accomplishments, are definitely something that need to be more recognized, and not by the majority of America, but by us.”

Despite not having attended Howard, Walker believes she is “a student of the university’s history” and is pleased to be able to co-chair the celebrations with Calvin Hadley, student ombudsman and advisor to the president.

“Howard is one of the most important institutions that has ever been founded,” Walker said. “It is important to talk about what we have done, because it is something which inspires people.”

“Hearing the individual stories on why people came to Howard, what legacy they left and why Howard is so special to so many individual people has been inspiring.”

Freshman Kathleen Wages, who hasn’t declared a major yet, is certain that the Howard legacy is one she wants to celebrate.

“It’s extraordinary to be part of it,” Wages said. “It’s important to celebrate, because you want to keep the feeling, the hope in Howard alive; so people don’t give up on it.” 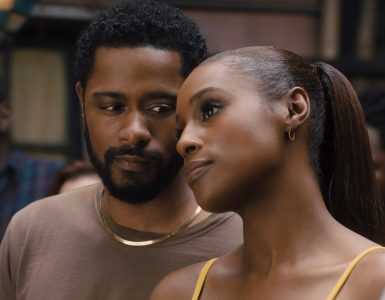 Issa Rae and LaKeith Stanfield Star in ‘The Photograph’

Mae Morton, played by Issa Rae, is angry and wants answers after her mother, famed photographer Christina Eames, dies unexpectedly in “The Photograph,” which hits theaters today.  A photograph stashed away in a...