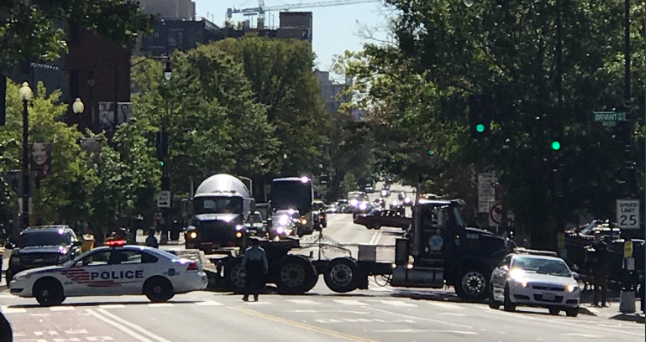 No Evidence Found of Gunman at Howard University

Howard University kicked off its annual homecoming week with an unexpected lockdown. Just before noon, students in the Ralph J. Bunche International Affairs Center called to report a shooting at the College of Medicine, according to an official statement from Howard President Wayne A.I. Frederick. 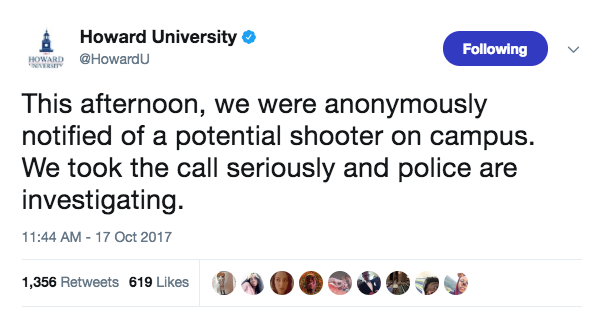 Officers did not find anything suspicious at the time of the call, Frederick said, but during their search, the Metropolitan Police Department also received anonymous calls of a potential armed gunman on campus. That’s when authorities soon evacuated and cleared several buildings on campus to ensure the safety of the university.

“After a thorough sweep and investigation, it was concluded that there was no evidence of an armed gunman on campus. An all-clear was issued at approximately 2 p.m.,”  Frederick said in a statement. “Our No. 1 priority is the safety of every member of the Howard community.”

Due to the events that occurred on campus, Howard University suspended classes for the remainder of the day. This latest incident comes two weeks after John Edgar Rust was arrested by the FBI for 2015 threats he made against students on the campus. It also comes after hate symbols were found in a bathroom on campus.

Paul Holston is a reporter for the Howard University News Service and former editor-in-chief of The Hilltop.