‘You Are Cleared to Graduate!’

This is the half-way point of “Grad Szn,” and the question for seniors is, “Are you ready?”

Grad Szn, as it’s spelled in the Urban Dictionary, runs from the first class in August until seniors receive the “you are cleared to graduate” email from the university and walk across the stage.

It is the hardships, struggles, all-nighters, tears, grind and hustle these scholars put into making these past four years count for something.

Seniors as Howard University, American University, Catholic University, the University of Maryland and elsewhere are anxiously watching their GPAs, waiting on final exam scores and filling out job applications to move on to the next level of their lives.

According to the Urban Dictionary, “Szn” is slang for season, used to describe a time of year that various events trend. 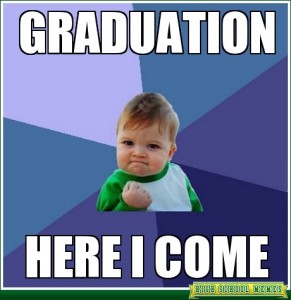 “My college career was a rollercoaster,” said Tiffany Lowes, 22, a senior majoring in marketing at the University of Maryland. “I started out as an English major and my second year switched to business because I wanted more stability. Taking up marketing was a struggle from the moment I began my finance classes.

“Every semester that rolls around I get nervous, because after setting myself back from changing majors, I cannot afford to slip up anymore,” Lowes said. “I have pulled all-nighters for this moment right here. In a couple months, I will make my family proud. But trust me, college is not an easy ride.”

Neither is landing a job.

Even with the guidance of a counselor, career fairs and professor recommendations, it is still hard for students to find a career in their field after school is done.

“It is not unusual to find claims that 30 or 40 percent of college graduates are underemployed with some unemployed on top of that,” Jeffrey Dorfman, an economics professor at the University of Georgia, wrote in an article for Forbes.com. “However, those statistics rely on a faulty definition of underemployment that greatly inflates the numbers reported.”

The percentage of college undergraduates getting jobs as of 2016-2017 is larger than the pool of unemployed.

“There is a 2.5 percent unemployment rate for those with college degrees, and this percent is call the frictional unemployment rate,” based on people who are changing jobs, Dorfman said. “These people may have quit one job and are waiting to start another, or are just taking a few weeks to find a good job. Frictional unemployment is considered normal, since it is a natural part of allowing people to freely choose where and when they work.”

Quentin Harris, 21, a graduating senior in legal communications at Howard University, just received two full-time job offers — one from Amazon and the other from Comcast.

“I am overjoyed now, but a couple months ago when I was still in my applying stage, I was going through it,” Harris admitted. “I thought there was no hope and that I would become another statistic and work at McDonalds after college. I kept applying and kept interviewing and eventually something came my way.”

Amirah Stokes, 23, a December graduate at American University, does not have anything lined up, but she is not losing hope. 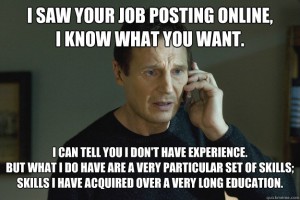 “I unfortunately did not graduate on time last May, but I am graduating now,” Stokes said. “As much as I want a secured job after school, I am going to keep it in God’s hands and keep applying to more companies. I am a computer science major so I know there are plenty of tech companies out there. I just need to enhance my resume.”

Morgan State University is one of several schools that hold annual career fairs to give students the opportunity to network and gain exposure to career opportunities in their fields.

Recent graduate James Keyes, 24 still looks at his alma mater as an asset. “Even after graduating, I am in the midst of changing career paths, and I will return to MSU and see what the career fair has to offer. It is open to all students old and new so why not?”

Securing the job of your dreams does not make the stress of being a senior and the graduation process any easier.

“When it comes to all my seniors, I tell them one thing: Prior proper planning prevents piss poor performance,” said Carol Dudley, director of Career Development in the Cathy Hughes School of Communications at Howard University. “Some listen and have a smooth senior year, and some don’t and end in my office three times a week trying to find last-minute opportunities.”

Kenae Damon is a graduating senior at Howard University.