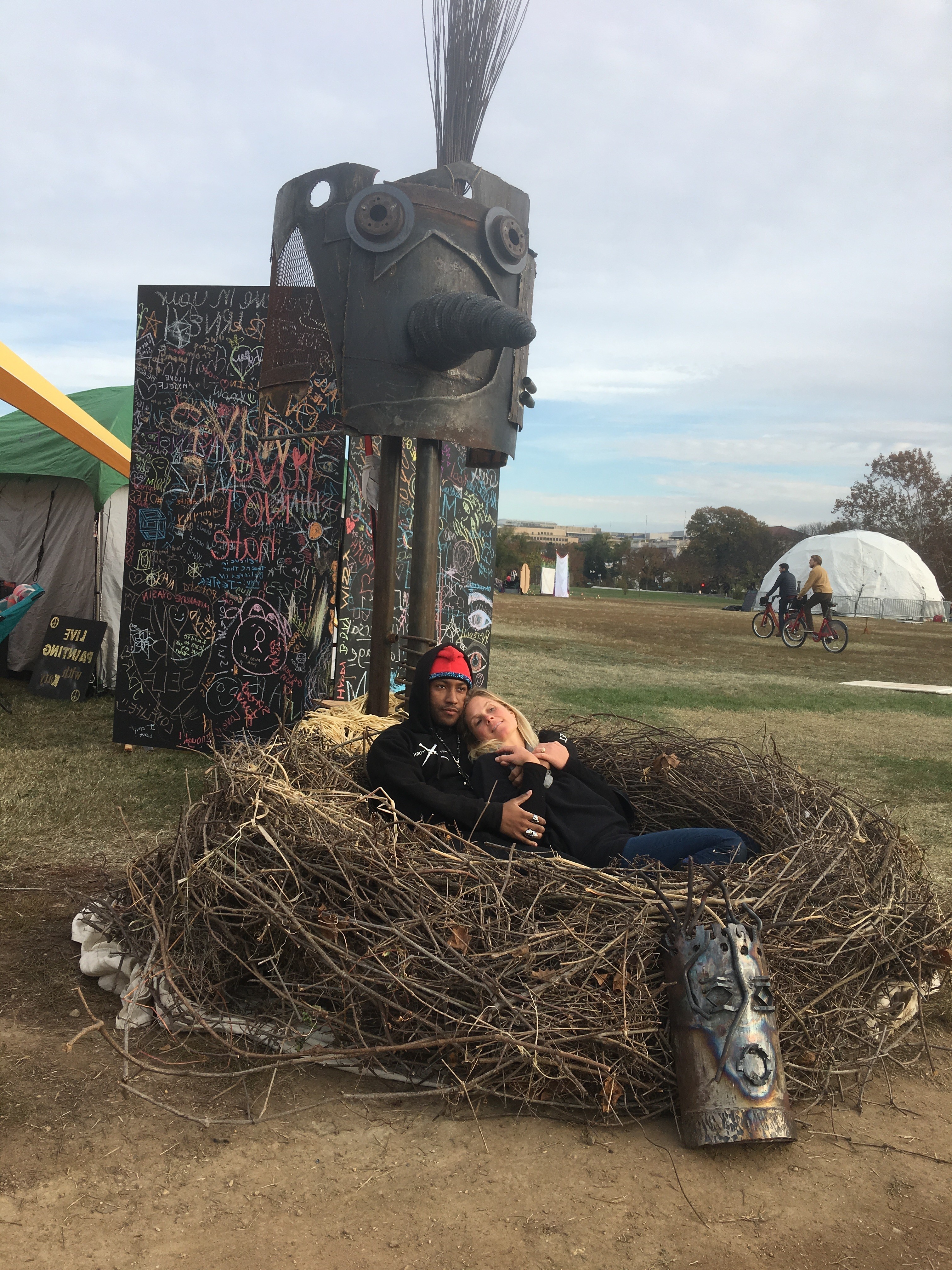 Brian Green is currently the only and last sculpture major at Howard University.

After his graduation in May, this matriculation scheme will be discontinued. He spent his final fall semester building a 9-foot tall sculpture that was featured at the Washington, D.C.’s National Mall during the three day art festival, “Catharsis on The Mall: A Vigil for Healing”

“I hold the responsibility to keep a legacy for Howard on my own and I was honored Catharsis asked me to be a featured artist.” Said Green

Catharsis on The Mall: A Vigil Healing is an event held in the nation’s capital. The three day festival, who- according to the event’s planners- adheres to the ten principles of the infamous Burning Man.

Burning Man is the annual gathering of an average of 50,00 people, with the intention cultural exchange and disregard of inhibition.

To be featured in the Burning Man is one of Green’s ultimate career goals.

These events are famously known for showcasing various types of sculptures such as the notorious, 20-foot tall burning tribute.

The 9-foot tall, 1,000 pound, kinetic sculpture is made from scrap metal that Howard University threw away after knocking down one of its abandoned buildings on Sherman Avenue.

The functionality of a kinetic sculpture was a high priority since this artwork was built as a tribute to Green’s brother who is a dancer.

The first major step in Green’s legacy is his series of kinetic sculptures called Basic Street Alchemy that he considers to be “dancing sculptures” because they literally move on their own.

Green expressed about being the only Black artist out of 27 featured in the event.  Saying “numerous guests were surprised” that he was a featured artist.

Green does not hold a negative view on Howard discontinuing his major due to the lack of students registering for this scheme, however this experience of people being surprised that he was qualified to be a featured artist pushes him to become a notable sculptor.

His success may one day make Howard reconsider their decision and reopen this major as an option.

By coincidence Green’s sculpture, which resembles a bird, was situated next to a sculptor, by the name of Debbie Baxter, who built giant bird nests for people to photograph themselves inside of. The exhibits were situated so closely together that by the last day of the event, they decided to pull their artwork together.

Green compares his work to that of an elevator operator saying:

“This is a very tight net community so most sculptors work together on projects…. there are not many people in this job field and not everyone can do it but it is still a needed service.”

20-year-old Prince George County native, Aric Catimbang who attended the festival had this to say about those interested in experiencing it, “The art displayed is very unique and definitely worth standing in the cold to see and talk to these artist, simply amazing.”