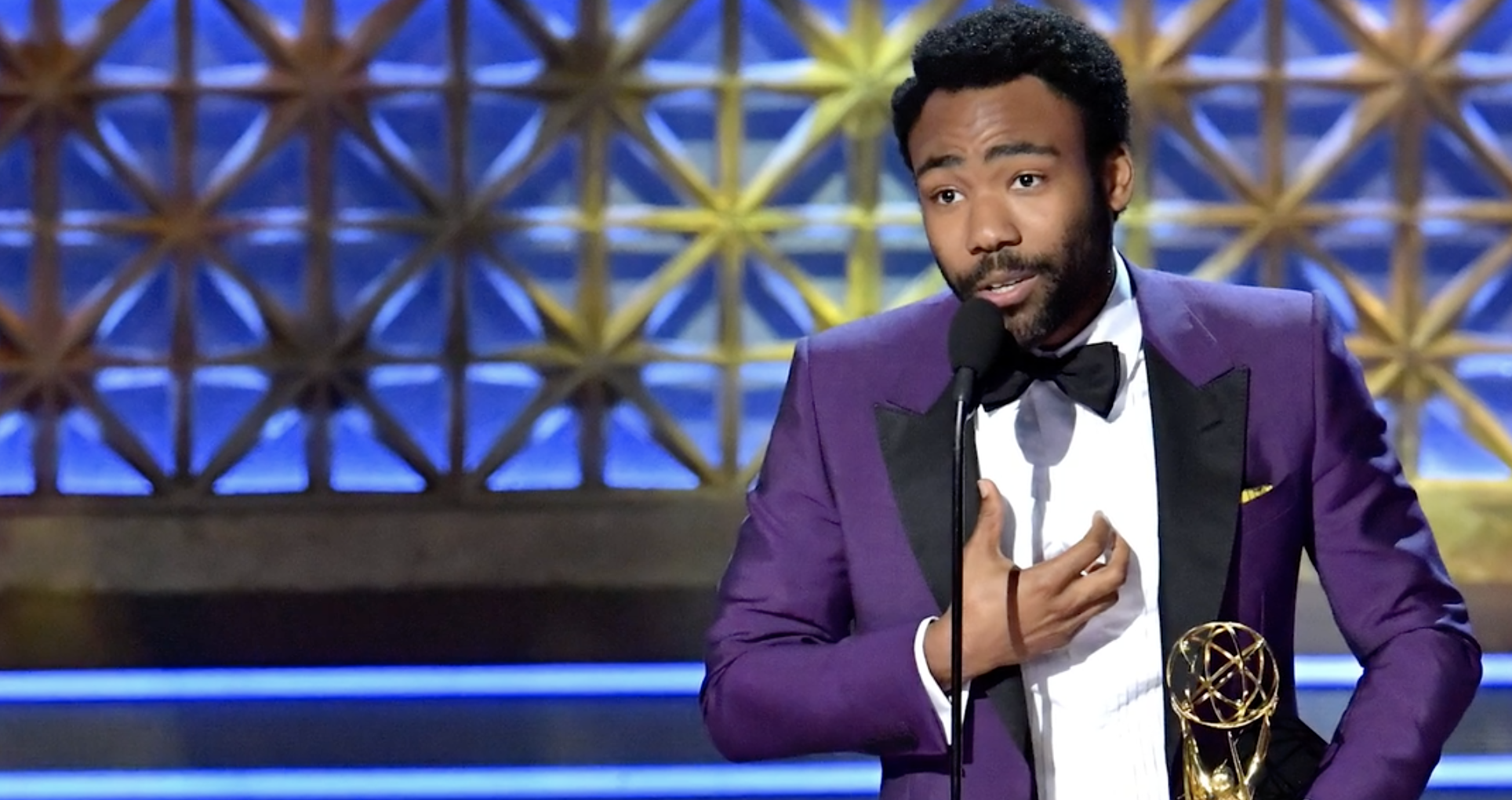 The 69th Primetime Emmy Awards demonstrated again Sunday night that the world of television will never be the same, with numerous wins for Netflix and Hulu shows including “Black Mirror” and “The Handmaid’s Tale.” Politics may never be the same based on the endless jokes about Donald Trump.

Host Stephen Colbert had the audience at the Microsoft Theater in Los Angeles laughing all night long with his Trump jokes. His opening song and dance skit displayed television as being the only escape from Trump’s world. It included a hip-hop collaboration featuring Chance the Rapper, tap-dancing women and men dressed up as handmaids, and TV stars such as Anthony Anderson, Julia Louis-Dreyfus, Allison Janney and Archer, an FX original animation.

In this detailed opener, Colbert sang: “The world may be the worst we’ve ever seen, but it’s never been better on your TV screen.”

Colbert then joked about Trump’s former life as a reality star and his lack of accolades. “If he had won an Emmy, I bet he wouldn’t have run for president,” Colbert said. “So in a way, this is all your fault.”

The top winners of the Primetime Emmy Awards were “Big Little Lies,” “Saturday Night Live” and “The Handmaid’s Tale.”

The evolution of television streaming has become more apparent through “13th” and “Black Mirror,” each taking home multiple Emmys between the Primetime and earlier Creative Arts Awards. Both shows can be streamed on Netflix.

Though every win is a big deal for each winner, Donald Glover’s win was big for not only him, but also for an entire community of people. Glover was the first African American to ever win Directing for a Comedy Series. He took home a second Emmy for “Atlanta” as Best Actor in a Comedy.

Glover created and directed “Atlanta,” a satirical series on FX that showcases the life of two cousins who navigate their way throughout the city. They’re trying to not only better their personal lives, but also the lives of their entire family.

In one of his acceptance speeches, Glover even made a reference to Trump.

“I wanna thank Trump for making black people No. 1 on the most oppressed list,” he said as the audience cheered and laughed. “He’s the reason I’m probably up here.”