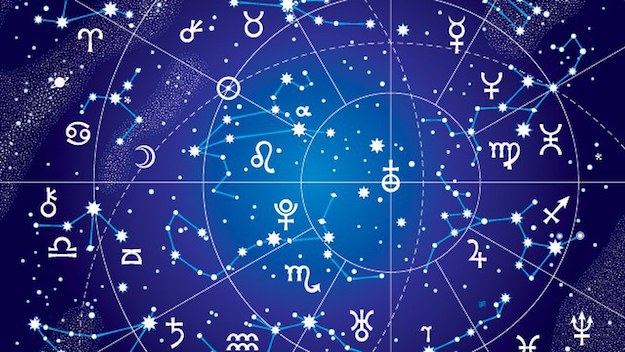 ‘What’s Your Sign?’ How Astrology Turns Students Into Stargazers

Astrology is seeing not just a rebirth, but a revolution with the help of popular Twitter astrologers who use their platforms to muse about the signs and apps like Co-Star that deliver horoscopes and daily predictions to college-aged stargazers and other users.

Known as both an art and science, astrology is the study of the movement of the stars and the effects of those movements on human life. Split into 12 signs that symbolize the 12 months in a year, the practice has existed for centuries, dating back to 1000 B.C.

Its influence has waxed and waned in popular culture over the last few decades, but today a majority of people are familiar with it. J. Walter Thompson’s innovation group has tracked the trend closely over the past two years, along with a number of millennial-serving publications that have commissioned their own astrology columns. According to one study, 90 percent of adults are at least aware of their zodiac sign.

“I think the recognition of a greater power outside of our control is where the curiosity starts,” said Brooks Charis, a Taurus and sophomore astrology enthusiast. “Then people get more into wanting to learn about who they are, what they’re on earth for—and some clarity comes from zodiacs.”

Charis’ love of astrology began in high school and was born out of the desire to understand herself on a deeper level. When she came to Howard University, she even helped her friends read and understand their birth charts and behaviors in relation to them.

Now, she has taken a step back from the cosmos, because she said it interfered with her own deeper spiritual beliefs. It’s a common sentiment among a number of young astrologers, who believe that reading too far into the stars could be a way of playing God.

“I saw this documentary that said years ago when astrology was first made, it was actually accurate because of the way the stars were aligned at the time,” said Dominique Barrett, a graduate student who says her knowledge of astrology is “surface level.” “Now it has been largely diluted and is likely inaccurate.”

The most common way to define someone’s place in the cosmos is by measuring their birth chart, or the exact position of the stars at the time of their birth. Celebrities like SZA and Tinashe have even found ways to engage with their fans on the topic by talking about their charts and sharing how their different signs can impact their daily lives.

To some students, though, astrology is more than just a trend or informational subject.

Christian Ellis, a Scorpio and sophomore majoring in sociology, has been studying astrology and the zodiac for a few months. He said doing so has helped guide him throughout his matriculation at Howard, but has also required an element of caution.

“Astrology, being very ancient and diverse, has a lot of layers, so it’s hard for anyone to be as educated as they might think they are,” Ellis said. He also supplements a lot of his learning with apps and astrology websites. “Studying astrology is definitely a very positive experience.”

As long as there are stars in the sky, plenty of people will try to find the meaning in them. For this reason, astrology remains popular especially among college students.

But is it a cultural shift or desire to know what happens next?

“Future telling is all we want as college students because we work so hard toward an uncertain future,” Charis explained. “Astrology can also scratch the surface of why, the reason, we’ll be OK or not.

“But ultimately,” she said, “I don’t feel it will give us the confidence in our future that we need. The planets are always changing in position and moving, even the moon rises and falls.”