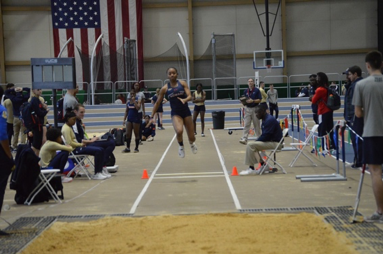 Many athletes and fans are still devastated by the death of Kobe Bryant, who will be celebrated along with his daughter Gianna during a memorial service at 10 a.m. PST on Monday at the Staples Center in Los Angeles.

What made this grieving period even harder for athletes at every level, some said, was the NBA’s failure to postpone games immediately after the helicopter crash that killed Bryant, his 13-year-old daughter and seven others on Sunday, Jan. 26.

On that day, players were forced to play while mourning the death of someone many considered a role model. The game between the Lakers and Clippers, which was scheduled on Tuesday, Jan. 28,was the only one that was postponed.

Many people, inside and outside of the sport, feel that the NBA not postponing these games, could potentially impact the way that lower-level leagues, including the NCAA, handle grief in times of tragedy.

Yes, the NBA is a business, they said, but it is implied that if the NBA doesn’t show an emotional regard for their athletes, then other leagues and associations might follow in its path.

“This only expresses the mentality ‘the show must go on’ when in reality, they are more than just athletes,” said Germanie Bozeman, an up-and-coming track star in her senior year of high school in Jacksonville, Florida. “They are humans with real emotions, souls and spirits.”

“Something this tragic should’ve allowed the players to get more time to grieve,” Bozeman said. “Many players couldn’t focus on the game, which most likely hindered their performance overall.”

Kenny Anderson, a coach at Johnson C. Smith University in Charlotte, North Carolina, said that “some of the players not playing, would be understandable.”

Being that contractual obligations and money were involved, this action would be a tough task. Nonetheless, many spectators, analysts and athletes, feel as though the players should have had at least had the option on that day to mourn and focus on their mental health being that their idol had tragically died. They are calling for some form of grievance protocol when the vast majority is emotionally detached for a period of time.

Niah Woods, a basketball and track athlete at Howard University, captured what the five-time NBA champion meant to athletes.

“He was more than just a basketball player,” Woods said. “We look up to these people, center our game around the way they play, as well as our actions on and off the court.”

Bryant’s death caused a lot of confusion at first.

Woods initially “thought it was a joke,” she said. “I thought TMZ was spreading rumors as always.” But this wasn’t the case. What seemed like a horrible nightmare was actually real.

Anderson looked at this tragedy as a lesson. “One minute you are here; then the next you aren’t,” the coach said. “It made me take a step back to realize how much more of a blessing the little things are.”

This is one of the most stunning and tragic deaths that the NBA has ever faced. Everyone was caught off guard, and nobody was prepared to deal with the death of their long-time idol and, in some cases, friend.

Many of Bryant’s former teammates and contenders were visibly hurt and extremely emotional.

Tyson Chandler clearly heartbroken. Not sure how these players are able to focus on the game. #Rockets pic.twitter.com/QlO0ByjsEI

“Everything, at least for that day, should have been halted,” Woods said. “When there is someone as great as that man, life cannot just go on. The world needs time to process and grieve. We are all humans.”

Many teams paid their respects by taking 8 or 24-second violations, including Howard’s men’s basketball team.

People see this as more than just basketball.

“Sometimes business isn’t the most important thing when players and people that Kobe has inspired are emotionally distraught,” Bozeman says.

Bryant’s impact was clearly felt throughout the recent NBA All-Star weekend in Chicago with a variety of tributes. The MVP award was also renamed in his honor and went to one of his protégés, Kawhi Leonard who plays for the Los Angeles Clippers.

So many people want to honor Bryant on Monday that tickets for his memorial service at the 20,000-seat Staples Center have been sold out. Roughly 100,000 people registered in hopes of attending the service, which will also be live-streamed and televised at 1 p.m. EST.