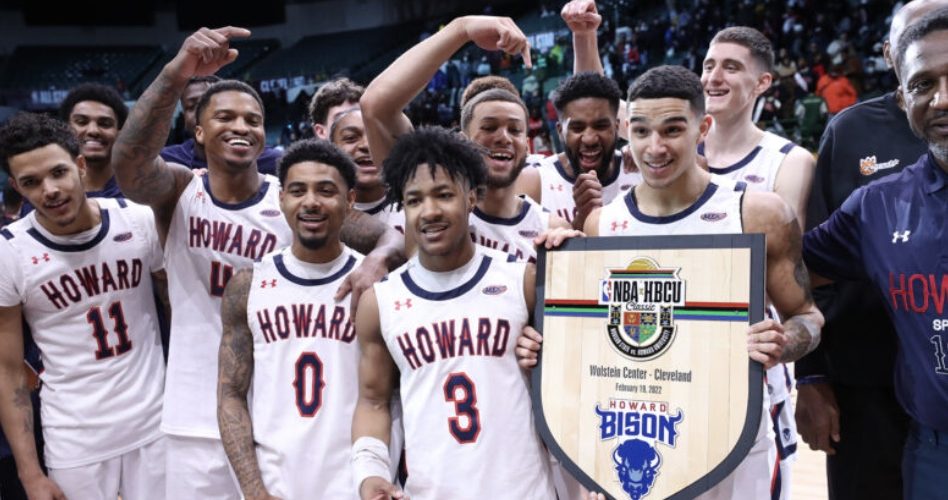 On Feb. 19, Howard University’s men’s basketball team will take on Morgan State in a showcase game during the NBA’s All-Star Weekend in Cleveland as part of the NBA’s 75th anniversary. The game will be played at the Cleveland State Wolstein Center. The NBA has recently been looking to expand efforts and show more support of historically Black colleges and universities in the country.

In recent years, supporters of HBCUs have spoken out about the discrepancies that HBCUs face in regards to representation.  Mekhi Abbott, student-athlete at Howard University, looks at this as a great opportunity for Black institutions.

“I hope the athletes take advantage of this opportunity and platform and more and more people continue to support and uplift the cause.” Initially, the Howard University Bison was expected to host the Morgan State Bears at home in the Burr Gymnasium. Instead, the game will be aired on a few networks. You can expect to watch the game between the All-Star Game practice sessions along with the actual All-Star Saturday slate. The slate includes the traditional skills challenge, slam dunk contest, and three-point contest.

The NBA’s Deputy Commissioner Mark Tatum stated that “That rivalry between Howard and Morgan State, between Washington, D.C., and Baltimore, we thought that was a great rivalry to take advantage of [for the inaugural event] and it wouldn’t require too much maneuvering from their regular schedule. “We hope to showcase and feature other schools down the road, but this seemed to be a pretty good one to start with.”

Leagues across the country have been making more efforts to recognize HBCUs. Last year, the NBA was forced to delay and relocate their All-Star Weekend to Atlanta due to the coronavirus pandemic. The league was able to highlight various HBCU initiatives in the process.

With the help of Chris Paul and the National Basketball Players Association, the NBA has been able to push for the inclusion of HBCUs while simultaneously raising $3 million for Black institutions and continue to make strides to generate even more money.

Abbot is happy to see future Hall-of-Famers support this push. “It’s great to see two legends in Chris Paul and LeBron James at the forefront of this fight” he explained. “Chris Paul is known for outwardly supporting HBCUs in a myriad of different ways and LeBron is doing a lot of great things with Florida A&M University.”

The NBA is currently making multiple efforts to highlight the history and legacy that HBCUs carry. The NBA has recently opened up an HBCU Fellowship Program for HBCU students aspiring to work in the NBA. The NBA, G-League, and Basketball Africa League have collaborated to host showcase events for HBCU players, coaches, and athletic trainers. The league is also looking to create training and educational opportunities for HBCU students and alumni interested in the officiating pipeline. These are just a handful of ways that the league has shown commitment to diversity and inclusion.