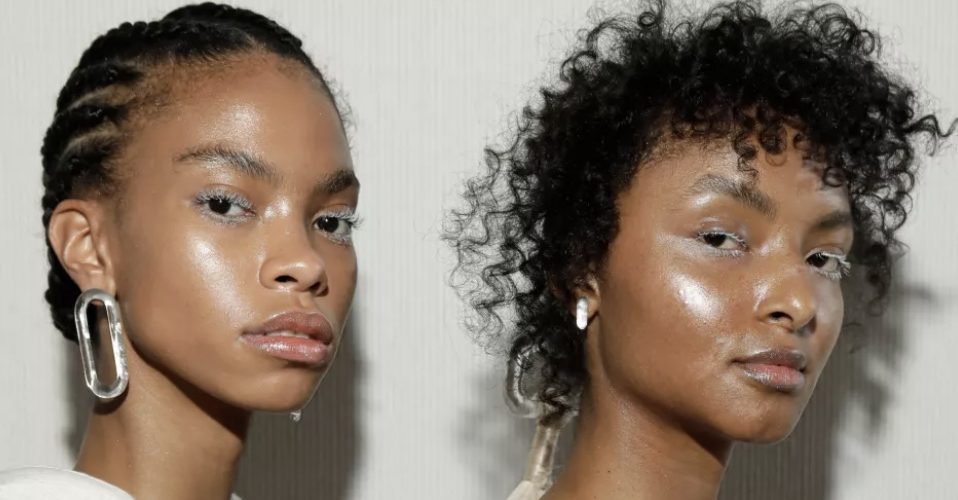 Whether we’re aware of them or not, there are a number of pop-culture trends with roots in communities of color. Cultural appropriation along with terms like “culture vulture” became commonplace in recent years through criticisms of celebrities like Kim Kardashians for taking cultural markers like cornrows and repackaging them as “boxer braids,” for example.

This phenomenon happens across many communities of color. In fact, Kim Kardashian was also in the news in 2019 for nearly naming her shapewear & loungewear brand Kimono, only three years after her ‘boxer braid scandal.’ It wasn’t until she received backlash and criticism from social media and even the mayor of Kyoto, Japan, about the tone-deafness of the name that she changed it to SKIMS.

Despite the widespread occurrences, Black America arguably experiences cultural appropriation on one of the largest scales. Whether it’s braids and long, intricate nail art or AAVE-derived lingo and closely-held music genres, mainstream culture has a clear pattern of adopting our unique identifiers and selling them as the hot, new thing. The latest piece of Black culture to be co-opted? Vaseline.

Beauty communities on TikTok and Reddit buzzed over a “new trend” at the top of 2022 that involves ending your skincare routine with a layer of Vaseline or petroleum jelly to lock in moisture and allow for your skin to better repair itself overnight. This practice is colloquially referred to as “slugging,” but is officially called “occluding.”

“Slugging can be extremely beneficial for those with dry/dehydrated skin, damaged barriers, and sensitivity,” says Hadiyah Daché, a licensed esthetician based in Oakland, Calif also known as Fairy Glow Mother. “The biggest benefit of occluding is preventing trans-epidermal water loss (TEWL). Other benefits include blocking pollutants, inhibiting bacteria from spreading, and (for some occlusive agents) calming inflammation.”

Some have expressed concern about slugging or occluding due to some reports of it clogging the skin’s pores and in turn, causing breakouts. Though everyone’s skin is different, this occurrence is mostly a myth.

“Ideally, when you press and pat it into the skin, you won’t run into any risk of clogging pores. Scientifically speaking, occlusives can’t clog pores as the molecular structure isn’t small enough to penetrate the skin and seep into the pores,” says Daché. But she does warn that slugging is not a one-size-fits-all practice. “Slugging has the potential to be harmful in a routine that utilizes a lot of actives and exfoliants, so it’s best to do it following a strictly hydrating routine.”

The verbiage used to describe slugging comes from the slimy appearance your face will have after applying a coat of an occlusive, similar to that of a slug. But despite the East Asian background of the trend specifically, Vaseline and the slugging practice at its root have been staples in Black households for generations.

As the trend made its rounds on various social media platforms, the discussion points varied. Some expressed irritation over yet another Black beauty practice being pushed as something shiny and new, while others simply found humor in the fact that white people “finally discovered Vaseline.”

“I have been slugging my face since middle school,” says Haitian content creator Joanna Georges. “I have friends who have also been slugging forever . . . I believe it probably was appropriated as many popular beauty trends are.”

Many Black women have long raved about the many uses of Vaseline in their households that were passed down to them by the women that raised them, and that they are now passing down to their own daughters.

“It was affordable, it was readily available, and it worked wonders most importantly. And it was multipurpose,” award-winning actress Viola Davis shared with BET in 2017. She named relief from burns and irritated, cracked skin as a couple of the solutions she used Vaseline for growing up. “I still use it to this day on my daughter and on the bottom of my feet. It’s my go-to product.”

“I keep Aquaphor in my treatment room as I have a few protocols that call for it. But primarily I use it to demonstrate the proper application to my clients,” says Daché. “At home, Aquaphor is a staple in the winter and I apply it all over my body before I hop on a flight.”

“I use it for everything honestly, as a lip balm, as an additional moisturizer to my lotion, hand cream. I love Vaseline,” Georges says.

Although Black Twitter getting ahold of the slugging trend sparked a conversation about the appropriation of beauty practices, even Vaseline as a brand has long acknowledged that much of their success since their inception can be attributed to Black customers. In December of 2020, Vaseline announced their new collection which was “co-created with influential black women” and “fused their knowledge on the unique needs of melanin-rich skin with the heritage & expertise of Vaseline.”

In collaboration with beauty creator Shalom Blac, tennis player Sloane Stephens and artist Cristina Martinez, Illuminate Me by Vaseline was developed with melanated skin in mind, from the cocoa and shea butter-based formulation of the Whipped Body Butter and the earth-toned flecks infused in the Shimmering Body Oil, to the imagery of a Black woman used to brand the collection’s packaging.

A month prior, Vaseline addressed the systemic implications of racism on skincare through the launch of their “Equitable Skin for All” campaign. which “focuses on the advancement of training, providing resources and education to better equip dermatologists and medical practitioners to accurately treat, diagnose and care for skin of color.” Vaseline partnered with actress Regina King on this campaign, bringing her aboard as a creative director and brand ambassador. “Inherent biases and healthcare inequities negatively impact Black and Brown communities, and skincare is no exception,” King stated in an October 2020 Instagram caption.

Though the implications of slugging trending online the past month may go over the heads of some, the bright side is that there is an influx of people discovering an age-old practice that could save their skin, especially in these bitter winter months. Trends will come and go, but community staples like that of Vaseline have proven that they will always stand the test of time — especially if they continue to honor and support their loyal Black consumer bases, just as Vaseline has.