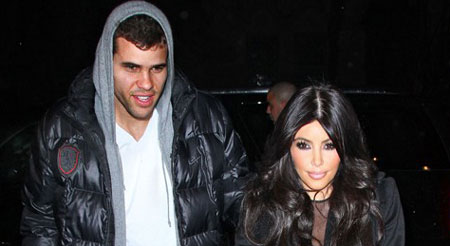 One man’s scandal can also be their key to success. At least that’s how it works in the entertainment world. While most try to  keep their closet skeletons hidden, celebrities embrace them like childhood friends.

Just ask Chris Brown and Rihanna. A 2-year-old domestic violence incident did little to detour them off their road to riches.  Most recently, Rihanna released a video for her latest single “We Found Love” from her sixth albumTalk That Talk (Def Jam). The video, featuring model/boxer Dudley O’Shaughnessy as a Chris Brown doppelganger, depicts dark scenes of a toxic relationship with heavy references to a drug-laced infatuation. To fans, it appears that RiRi has added another entry to her very public diary. Belting out heartfelt pain of a love once was, rather than a young entertainer crying out for attention.

“If you’re an artist, you’re going to use your experiences to make music,” says Christina Spann, a fan of Rihanna’s latest video. “If you’re making music about stuff that you have no idea about, then it’s hard for people to connect with you.”

While that may be the case for those telling stories of life’s tragedies, the same can’t be said for celebrities who cause their own scandals. Yet despite tongue-lashings from media and fans alike, these celebrities tend to come out of the fire uncharred. So the question arises as to whether these public figures are really suffering the repercussions of their actions, or if their bad behavior is catapulting them towards success.

Hip-hop blogger and VIBE.com editor Starrene Rhett believes that they are reaping all of the benefits despite their questionable actions.

“I definitely think that celebrities use their scandals or drama to their advantage because sadly, that’s what works,” explains Rhett. “In Charlie Sheen’s case, he got dropped from Two And A Half Men, but for weeks he was the center of media, and they are now talking about him getting his own show.”

Even up-and-coming “talent” seems to be catching a ride on the money-train. Turn on your television and you’re bound to see a reality show with drunken brawls, raging women and blatant promiscuity amongst cast members. These same individuals often become the new faces of major brands and cosmetic lines, and have even made their way to the Hollywood film scene.

“We’re in this new era where you can be famous simply for spazzing out on TV and being a party animal,” says Rhett. “Evelyn Lozada from Basketball Wives is most known for throwing drinks in people’s face or telling someone they’re a ‘non-mother-fucking factor.’ Now she’s signing million-dollar book deals with Cash Money.”

In the real world we dwell on the consequences of our actions and how our peers perceive us. When you’re a public figure, the opposite can be true. You’re not as focused on your reputation as much as your bank account.

Singer/songwriter Justin Edwards understands the formula for having career longevity.

“If nobody is talking about you, then you’re not getting paid,” says Edwards.

As the saying goes, there’s no such thing as bad publicity. Even the Kim Kardashian’s of the world are benefiting from public outrage. And for every company that backs out of an endorsement deal, there’s another one willing to shell out the dollars just for an in-store appearance.

“People may be talking negatively about her, but at least they’re talking. That means she’s still relevant,” he adds. “Wherever she goes she can say her name and somebody is going to be like ‘I fuck with you because you’re Kim Kardashian, and I know more people will come here and look at you just to shit on you.’ They just want to make sure that they’re making their money.”