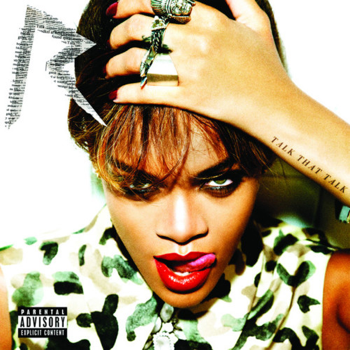 Contributor
Add comment
3 min read
If there’s anything Def Jam artist Rihanna knows how to do, it’s make a hit.  “Talk That Talk” is the Carribean singer’s sixth album release, and while the brazenly, sexually over-the-top project fails to surprise, it also fails to disappoint.

The album opens with the reggae-inspired “You Da One,” a pop song that would be feel-good, if not for the bridge, “When you put it down you shouldn’t give it to me like that, good like that, shouldn’t have hit it like that, had me yellin’ like that, didn’t know you would’ve had me coming back.”

It’s fair to say that Rihanna has traded in her temporarily dark image seen on Rated R, for an overtly sexually sound covered in parental-discretion stickers. Despite the over-sexed project Rihanna still appeals to a mainstream radio. “Where Have You Been” takes on a techno beat with dub-step inspired breaks between verses.  The track is sure to blow up her already exploding reputation overseas.

Rihanna reminds her audience that she can still work a hip-hop/R&B track on songs like “Birthday Cake” and “Talk That Talk” with Jay-Z, the only feature on the album, and perhaps the only one necessary.  Both songs are about sex, of course.  She croons on “Birthday Cake” “It’s not even my birthday, but you wanna lick the icing off.”

“Drunk on Love”, perhaps the album’s best track, is propelled by the infectious sample from The XX’s “Intro,” as well as her usual repetitive, catchy, belted hook.  Though some of her live performances may leave much to be desired, “Talk That Talk” makes it harder to question Rihanna’s vocal talent.  This is never to put her in the same category as singers like Beyoncé, but given the recorded vocal production, one must give credit where credit is due.

“Watch n’ Learn” takes on a funky, xylophone-sampled beat, with flirty lyrics.  “We All Want Love,” may be the least memorable track on the album, despite the somewhat vulnerable lyrics, “I can pretend I’m not lonely, but I’ll be constantly fooling myself,” not present on any other track.  “Farewell” is another ballad, reminiscent of the sub-par “California King Bed,” but far more interesting and dynamic.

“Talk That Talk,” while not explosive, may give some hope to an ever-changing industry.  Talk is cheap, but Rihanna’s image is backed by her latest project 100 percent, and it’s not going anywhere soon.