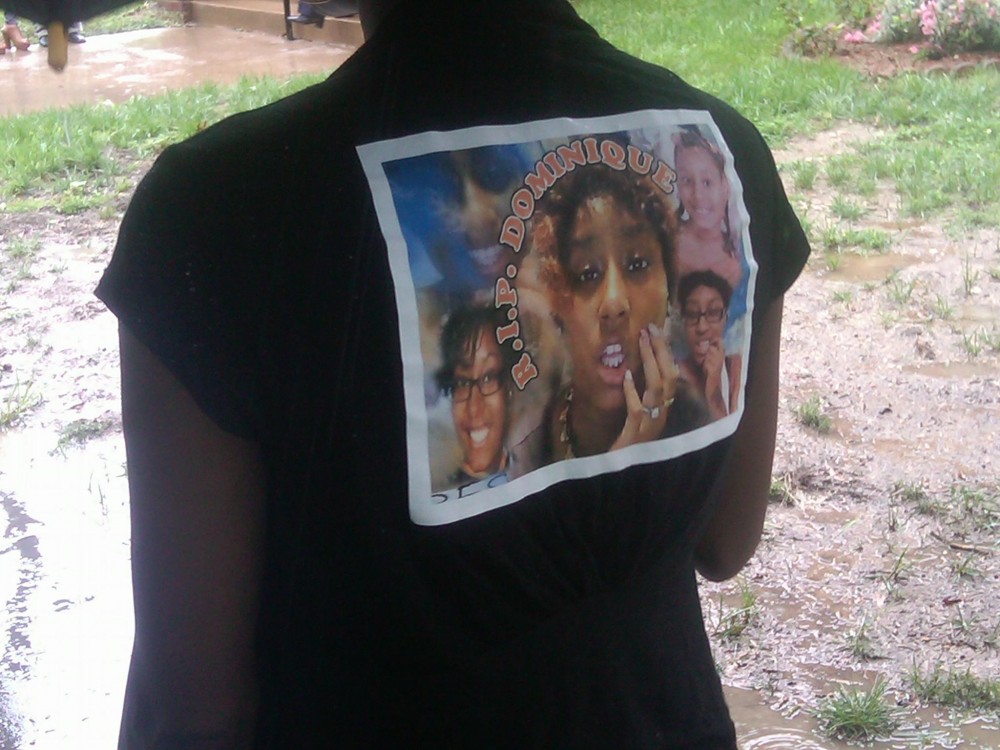 College students around the country are expressing mixed reactions in interviews and on social media to the not guilty verdict on Thursday in the stabbing death of a Bowie State University student a year ago.

The verdict is a sigh of relief for friends of Alexis Simpson, who had been charged with first-degree murder after allegedly stabbing her roommate, Dominique Frazier, in her throat on Thursday, Sept. 15, 2011. Simpson was found not guilty on seven counts in Prince George’s County Circuit Court.

Courtney and Taylor Evans, twin sisters and juniors at Howard University who attended Charles H. Flowers High School in Springdale, Md., with Simpson, had been hopeful that their friend’s legal team would be successful with a self-defense strategy. However, Courtney believes it was truly the testimony of one of Frazier’s friends that “proved Alexis was innocent.”

“I am just glad that Alexis can finally put all of this behind her and move on,” she said.

Simpson had been in jail from last September until April, when she was freed on a $250,000 bond and confined to her family’s home in District Heights, Md., without visitors as a condition of her release.

She was one of three students who shared a four-bedroom suite with Frazier on the second floor of the apartment-style Christa McAuliffe Residential Community at Bowie State. According to District Court documents, witnesses told police that Frazier and Simpson had been arguing during the week before the incident.

Frazier was in her bedroom and playing music in one of the suite’s two bathrooms as the students prepared to attend a comedy show as part of the homecoming activities that weekend. Simpson shut down the iPod and responded “no” when students asked her to turn the music back on, witnesses said. Frazier began arguing with Simpson in the hallway, and then they started fighting.

One witness told police she was assaulted as she tried to break up the fight, but she was able to push Simpson into her bedroom and close the door. The witnesses said Simpson returned, swinging a knife. Frazier grabbed her throat, staggered into the hall and collapsed.

Dora Kargbo, a senior biology major at Howard who is from Landover, Md., found Simpson’s self-defense claim credible, but doesn’t believe she should have been cleared of all charges. Simpson claimed she had been bullied and requested a room change.

“I kind of believe her,” Kargbo said. “She should have been charged for a possession of the weapon, not murder charges. I feel that it was self-defense, because she was attacked first. I also feel like the university should be charged as well for not taking her claim seriously the first time.”

Jada Winston, a junior at Morgan State University, also found fault with Bowie State University. “The university does owe the families involved some sort of apology or statement,” Winston said. “It’s sad that the whole situation reflects badly on the university and HBCUs in general.”

Founded in 1865, the university sits on 295 acres on the northern edge of Bowie, Md., a suburban community halfway between the state capital in Annapolis and the nation’s capital in Washington, D.C. Bowie State has fewer than 6,000 students, only a fourth of whom live on campus. Commuters and non-commuters alike consider it a safe haven.

On the anniversary of Frazier’s death, which coincided with what would have been her 20th birthday earlier this fall, Bowie State held a memorial service, a candlelight vigil and other tributes. One of Frazier’s friends, Chidi Essinen, said she had her own style and was different than other young women on campus. “I never thought the last time she said goodbye would be the last time she said goodbye,” Essinen said after her death.

Friends also set up Facebook pages for Frazier and Simpson. A Facebook page titled “Praying for Alexis Simpson” has been scattered with small mementos, words of inspiration and updates on the case throughout the past year. “A fair trial is all we wanted,” Ebony Watson wrote on the page.

“The jury voted and delivered a verdict that should stand as a testament to all!” Starrcomma Rock Murphy wrote. “It is a shame a young life was lost, actually 2 lives were lost as a result of this ignorance. Bullying cannot be tolerated in any form. It’s a shame that people do not understand that and must be held accountable for there actions. The other girls involved in this fight should have been arrested as well. Ms. Simpson had a long journey that she did not ask to take. The jury found her credible and gave a NOT GUILTY verdict! I will continue to pray for both families.”

@Queen_ofSpadez: “I am kinda surprised about that not guilty verdict with the Bowiestate stabbing…I think ol girl should have at least got a couple yrs”

@thatchickulove: “How can she not be guilty? Smh im so pissed off by this case. R.I.P. hun.”

For those who don’t agree with the verdict, Courtney Evans said that she “understands their hurt,” but that Simpson was found innocent for a reason.

“It is no one’s job to further judge Alexis, besides God,” she said. “Alexis will have her judgment day with God, and that is that. But for now, she’s innocent and everyone should let her live her life in peace.”

The Evans twins and other friends had been disturbed by Simpson’s portrayal as a murderous monster over the last year. “She isn’t that type of person,” Courtney said before the trial. “She was always so fun and free, like any of us — a normal girl.”

Jaikenah Brown, a finance major at Spelman College in Atlanta, is concerned about the ripple effect of the jury’s decision.

“Alexis Simpson should have been held accountable for her actions,” Brown said. “By having a not guilty verdict may make students think it’s okay to go out and do these violent actions. It’s not setting a good example.”

“I just don’t understand on what grounds they could possibly drop any of the charges,” Grant said. “If they know what was done as well as who did it, then why brush it under the rug by letting her go and expecting everyone to forget? People don’t just forget.”

“It seems really suspicious and unlikely that she could be completely innocent in this case,” said Cathy Anderson, a freshman at the University of North Carolina in Chapel Hill. “If it were to happen at my school, I would be angry and concerned that she got no punishment.”

Jasmine James, a junior at Towson University near Baltimore, said the verdict was unfortunate. “She definitely should’ve gotten some form of punishment,” James said. “I don’t believe her side of the story. I’ve had bad roommates before. If she really felt that threatened, she would’ve found a way to change rooms by any means necessary.”

Taylor May, a biology major, at Tennessee State University, said that roommates need to be careful.

“I feel that before and/or after this situation you should always watch your back because being that you’re in college and not knowing most individuals for a long time, people are not to be trusted 100 percent,” May said. “It’s important to not be on anyone’s ‘hit list.’ Try to stay neutral and kind.”

Mimi Deeptower, whose Twitter handle is ‏‪@TheShakarraShow‬, looked for the lesson in Frazier’s death. ‬‬‬‬

“What happened at Bowie State is a tragedy,” Deeptower tweeted. “I pray only healing & a new understanding comes from it.”

Additional reporting by Charmaine Crutchfield, Malika Horton and Isaiah Maxwell for 101 Magazine and the Howard University News Service. Interactive timeline on random violence on U.S. campuses, below, by Mykalee McGowan.

How do you feel about campus violence? Tell us in the comments section below.

By: Brandon Bush The afternoon of Tuesday, April 20, 2021 was a lot for many people, to say the least. It was announced that the jury had reached a verdict in the trial of Derek Chauvin for the murder of George Floyd...

The Legacy of a Tainted Symbol: A Commentary and Review on “The Falcon and the Winter Soldier” Series

Traffic in New York City came to a halt Saturday as hundreds of bikes and ATVs flooded the streets in a Ruff Ryders’s motorcade, part of a monumental funeral procession for the first of two-day tributes to honor DMX...