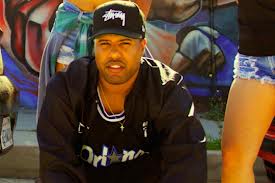 Dom Kennedy Heading Back to D.C.

Contributor
Add comment
3 min read
Dom Kennedy is one of underground hip-hop’s rising artists. Hailing from Los Angeles, Kennedy has dropped seven mixtapes since his rise to prominence in 2008 and recently swept the nation with “The Yellow Album” and an 18-city tour to promote it.

After a stop in Washington for “The Yellow Album World Tour” in November, Kennedy is returning to the nation’s capital for the Digital Underground Concert at 8 p.m. Saturday at Howard University.  The lineup at Cramton Auditorium also includes Fat Trel, Deezy Juan and Maad Maxxx.

Needless to say, Kennedy’s loyal fans were so excited about the highly anticipated tour that his fall show in D.C. sold out during early-bird ticket sales. Howard Theater staff worked frantically to control the line that wrapped nearly around a corner with fans who have supported Dom since his first mixtape, “25th Hour.”

“Dom has some of the illest bars coming out of the West Coast right now,” said Howard sophomore Julian Mac while standing in line to see Kennedy and the Other People’s Money (OPM) family. “It’s definitely all about OPM and the TDE family.”

The diverse crowd included people of all ethnicities, genders and ages. As the line became chaotic, it was apparent the anticipation was rising. “This line is ridiculous, but I love Dom Kennedy,” Jennifer Onwuka said. “I missed his Georgetown performance, so I had to be in the building tonight.”

Dom Kennedy came out promptly at 8 p.m. and embraced the D.C. audience with love and gratitude. “Thank y’all for coming out and chilling with the crew tonight. OPM we in here,” said Dom as he opened his act with “Been Thuggin,” a track off “The Yellow Album” produced by Fly Union.

As Dom performed, the audience transitioned from frantic and chaotic to calm and serene.  Most of the audience was familiar with every word to every song, and it was apparent Dom felt proud of his accomplishment.

During the first half of the show, Dom performed all “Yellow Album” songs before allowing his OPM family to take over and perform several singles off the group mixtape “Young Nation.”  OPM artists consist of Jay 305, G4, Polyester and Cassie Veggies. As Jay 305 performed hit single “Youzza Flip,” the crowd rocked back and forth singing along word for word.

Suddenly, Dom Kennedy came out to perform the second half of his set.  Kennedy was dressed in seemingly old school West Coast apparel with a plaid shirt, jeans and his hat to the back. Dom performed a variety of songs from his older mixtapes such as  “When I Come Around,” “Grind’n,” “Watermelon Sundae” and “1997.”

Most audience members seemed satisfied with the show, but a few made negative comments.

“It was shorter than I expected,” Ellington Barron said of the concert. “It was like as soon as I stepped in, I had to leave.”

“It wasn’t worth waiting in line that long,” Joshua Woodson said. “I don’t want a refund but next time I hope it’s longer.”

Fans will have a chance to find out on Saturday in D.C. or on March 30 at the National Orange Show Events Center in San Bernardino, Calif.