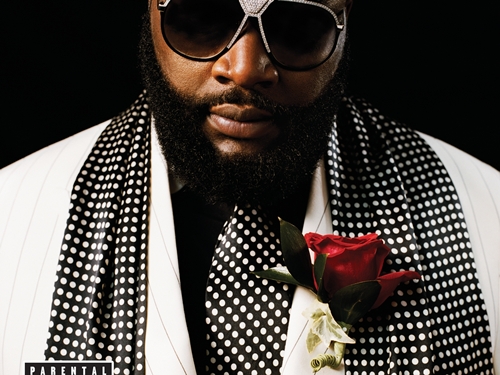 Different musical art forms have always been under attack in America. Everything from jazz to rock ’n’ roll and, yes, rap music, has been castigated as being the cause of what’s wrong with the nation. I’ve largely rejected those arguments, because the reality is that societal ills have long existed well before the advent of specific forms of music. After all, hip-hop culture did not create crack cocaine and the drug’s resulting plague of addiction, death and incarceration. It sure as hell reacted to it, but that’s another story.

Some rappers have defended their controversial lyrics on the basis that they are simply describing their own (former) circumstances in an honest way. That may be the case, but nothing excuses a disgusting lyric from a recent Rick Ross song. Now, I’m already unimpressed with the idea of a former correctional officer getting rich off the persona of a big-time drug dealer, but hey, he found a way to get rich.

I’m utterly amazed that he would have the audacity to rap:

Put molly all in her champagne/

She ain’t even know it/

I took her home and I enjoyed that/

She ain’t even know it.

Read that quote again. He’s basically bragging about date rape. I was initially going to post a link to the song that this line is from, but decided against it. Ross doesn’t deserve the Internet traffic.

Now, music focusing on drugs and sexual promiscuity is nothing new, and had Ross actually stuck to that, it wouldn’t have been surprising. It’s not that misogyny and drug use are OK, but these elements are normalized in popular culture across the board. But no one can justify bragging about such a heinous crime as date rape. This vile excuse for an entertainer has gone too far. As someone who enjoys rap music, I never thought I’d join the chorus of people who condemn it.

This isn’t the first time that I’ve been horrified by a prominent rapper’s lyrics this year. Lil Wayne, an artist who’s work ethic I’ve otherwise admired, courted controversy with his lyric, “beat the p—- up like Emmett Till.”

This type of vile insensitivity makes me wonder about what this says about hip-hop culture nowadays. For that matter, it’s as though a climate has been created that promotes disrespectful, even criminal behavior. I’ve long supported artists’ right to free speech and dismissed claims that they have contributed to the decline of society. Now, I’m beginning to question my stance.

Listen to Matt Reaves’ report on the Rick Ross controversy.

Matt Reaves, who writes a blog called The Crusader, is a senior majoring in broadcast journalism at Howard University.