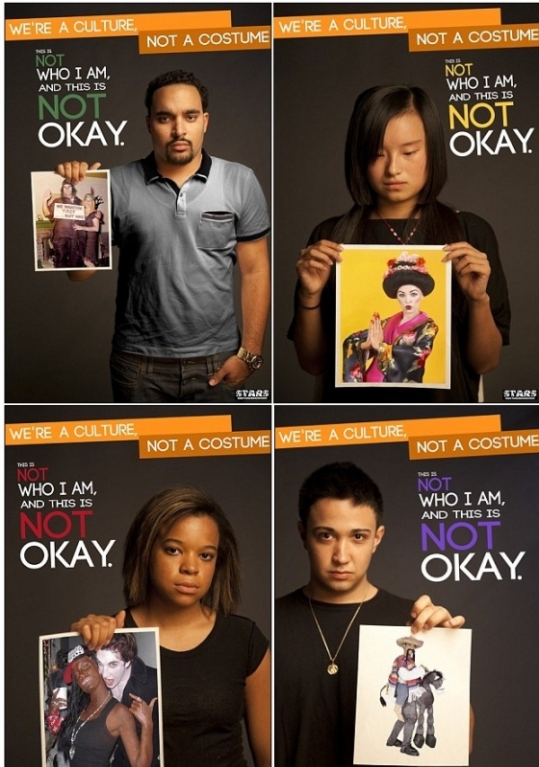 A new poster campaign at the University of Colorado is asking students to think carefully when selecting a Halloween costume this year.

The poster campaign, “We’re a culture, not a costume,” originated at Ohio University, and depicts students of various ethnicities, races and social classes holding up photographs of themselves or standing next to themselves in offensive costumes.

The Center for Multicultural Affairs started hanging the posters on Tuesday in an effort to remind students that some costume choices can demean and isolate their fellow classmates, teachers and university staff.

“It’s really a campaign to raise awareness and to create a better sense of community for all of our students and how to have a respectful and inclusive community for all students here at CU,” said Randy McCrillis, who became the Center for Multicultural Affairs director in September.

Read more at the Daily Camera.