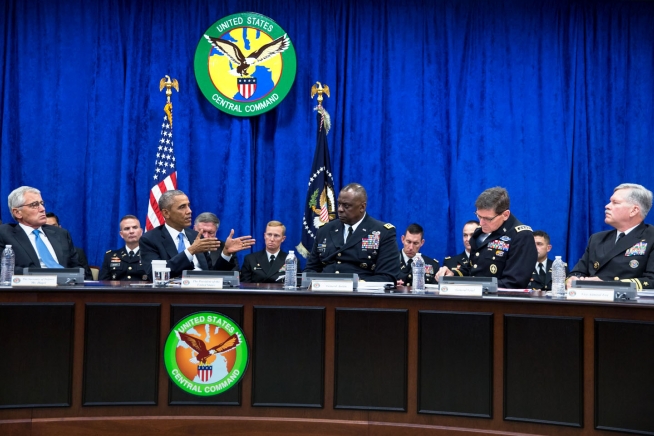 In an unusual coalition between House Speaker John A. Boehner, R- Ohio, and Rep. Nancy Pelosi, D-N.Y., the House authorized to train and arm Syrian rebels to suppress the mounting threat of the militant Islamic State. If the Senate approves the proposal today, the United States may find itself in another long-term military campaign in Iraq.

Since the Islamic State, or ISIS, has dominated headlines around the world since June, many question where this terrorist organization came from. Although the Sunni militant organization has existed since the early 1990s under various names, many were unaware of its existence until it captured Mosul, a major city in Iraq, in June. Under the leadership of Abu Bakr al-Baghdadi, the terrorist organization has kidnapped and beheaded two American journalists and a British aid worker.

Because ISIS plans to continue its public executions, the United States conducted targeted airstrikes in Iraq in the beginning of August. Over the past two weeks, President Obama has attempted to form an international coalition in an effort to subdue the threat of ISIS in the Middle East.

In a televised speech yesterday to troops at MacDill Air Force Base in Florida, President Obama said, “I will not commit you and the rest of our armed forces to fighting another ground war in Iraq.”

However, while speaking before the House on Tuesday, Rep. Rick Nolan, D- MN, argued, “Launching airstrikes on another country, by any standard, by any definition is an act of war.”

The last time there was a Congressional vote of this magnitude on defense, the Iraq War was approved. Will the United States find itself in another war in Iraq?