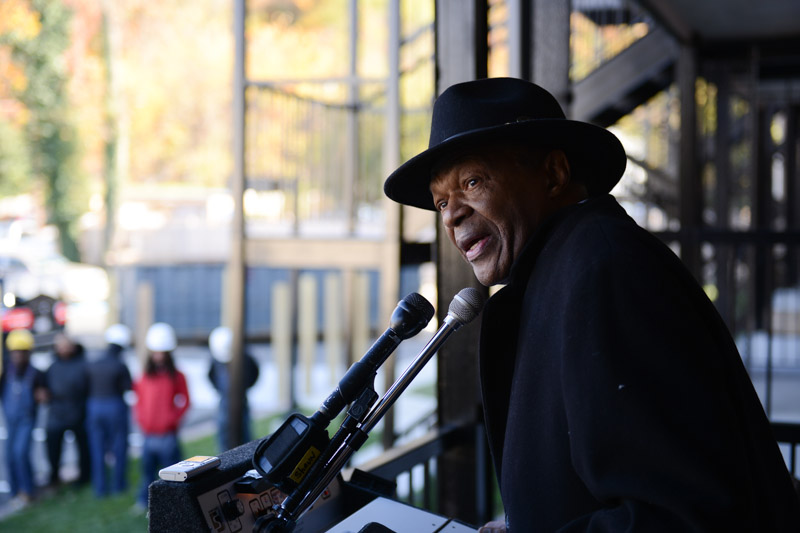 Marion Barry: From Student Activist to ‘Mayor for Life’

He was born in Mississippi to sharecropper parents 78 years ago. But when he died on early Sunday morning, former D.C. Mayor Marion Barry had what many politicians crave — widespread love and admiration, despite personal indiscretions and public scandals.

Tributes to Barry’s legacy as a champion of black people and the disenfranchised have poured in from President Obama and Congressional representatives to students and everyday people on the street.

President Obama lauded Barry for advancing the cause of civil rights as a leader of the Student Nonviolent Coordinating Committee (SNCC) and decades as a politician. Barry’s public service began more than four decades ago on D.C.’s first school board in 1971. He served four terms as mayor and multiple terms on the D.C. Council, where he has represented Ward 8 since 2005.

“He put in place historic programs to lift working people out of poverty, expand opportunity and begin to make real the promise of home rule,” Obama said in a statement.

Bridgette Coffey, who was born in Washington, said Barry “is a legend and actually cared about D.C. residents.”

“I am very much appreciative of the things he has done, such as the summer youth employment program he started,” said Coffey, a junior at North Carolina A&T State University.

Channon Robinson is just one beneficiary of the District Youth’s Employment Act of 1979 that Barry created to guarantee summer employment to every young resident in the district.

“He was a good man; I had my first summer job because of him,” Robinson said. “He did a lot of good for D.C. Respect him a lot.”

Security officer Robert Heath worked in the summer program for five years. “My mayor for life!” Heath exclaimed. “He did good for the city.”

“He helped the 8th ward; he cleaned it up! Got kids jobs, started youth programs, gave away turkeys for the holidays, helped the poor and disadvantaged folks of Ward 8.”

Barry’s constituents began lining up around Union Temple Baptist Church in Southeast D.C. at dawn today for his annual turkey giveaway. Other district residents have been flocking to the Wilson building to sign a condolence book that will be available from 9 a.m. to 5:30 p.m. today, Wednesday and Friday.

Funeral plans have not been announced yet for Barry, who died of natural causes stemming from heart problems and kidney disease, according to the D.C. medical examiner. Barry had been released from Howard University Hospital the evening before his death. He had received a kidney transplant there in February 2009.

Living a Life of Service 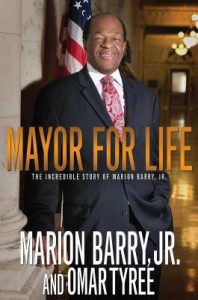 “Mayor Marion Barry gave a voice to those who needed it most and lived his life in service to others,” Mayor-Elect Muriel Bowser said in a statement. Bowser had recently named Barry as part of her transition team.

“I, along with all Washingtonians, am shocked and deeply saddened by his passing, and we send our condolences to Cora Masters Barry, Christopher Barry and the entire Barry family,” Bowser said. “He has been a part of my family for decades, and will continue to be an example to me and so many others.”

“Mr. Barry was a tireless advocate for expanding economic opportunity to small businesses, youth and low-income families,” the council said in a statement. “His tenure as mayor of the District of Columbia greatly contributed to the growth of the middle class in Prince George’s County” — the most affluent predominantly black county in the United States.

At a recent signing for his memoir, Barry cited one of his greatest achievements as having a “big vision” for minority business and economic empowerment. In the memoir, “Mayor for Life: The Incredible Story of Marion Barry Jr.,” co-authored with Omar Tyree, he candidly discussed the high and low points of his life.

Among the lowest was his 1990 arrest at the Vista Hotel after the FBI videotaped him smoking crack cocaine. He was convicted of drug possession and served six months in federal prison. Nevertheless, he secured a council seat shortly after his release and was elected, once again, as mayor in 1994.

Describing himself as “black to the bone,” Barry maintained his strong bond with those who never forgot how he helped them and their families. This bond transcended run-ins with the law over drug use or personal tax issues — a type of forgiveness and political staying power that those beyond the beltway have been hard-pressed to understand.

What some local residents won’t forgive is TMZ for refusing to change a headline posted on the Internet shortly after Barry’s death: “Crack Mayor Dies at 78.” The post exploded in the media, sparking controversy and enraging many D.C. residents.

“The most disappointing thing that has happened was what TMZ said,” Heath complained. “It was disrespectful — ‘crack mayor.’ He did his time, six months in jail; cleaned himself up. He paid his taxes, got out of drugs. To tarnish his name like that, it’s wrong. It’s wrong.”

“Although he did crack,” Heath added, “he never dipped into the funds of the district. He used his own money!”

Kim Banks agreed. “That man did so much good,” Banks said of Barry. “That was so inconsiderate for those who respected him and gave him all those chances in office. [TMZ] has just taken everything and extended it to another level. It’s disturbing how they’ve turned things around and downgraded him when we have nothing but respect for him.”

“Although I’m not from D.C.,” Taj Brayboy said, “I know of the good things he has contributed to the city, working in the benefit of the community. If he’s done a lot of good, that should definitely outshine the one bad thing he did.”

Ethelbert Miller, literary activist, author and director of the African American Resource Center at Howard University, said people should look at Barry’s achievements before the drug scandal and put it in context.

“When you talk about Marion Barry, you’re talking about black power,” Miller said, citing his civil rights activism as an example. “When you look at Barry’s life, the tragic thing is what made him great also.”

At the signing, Barry said that early lessons on honesty, wisdom and courage largely shaped the way in which he viewed the world. These lessons came from his mother, Mattie Cummings, to whom he dedicated his book.

“I was born on a farm,” he said, in Itta Bena, Miss., on March 6, 1936. “I went to a one-room school house.” Barry developed a love for learning, especially science. “I don’t know when I started getting that zeal, but I got it.”

At Fisk University, he earned a master’s in chemistry in 1960 and was only a year away from completing a doctorate. He left the world of academia to fight against segregation, becoming the first chairman of SNCC. He continued to work with SNCC when he moved to Washington in 1965, leaving two years later to co-found Pride Inc., which helped unemployed African-American men find jobs.

Barry attributed his success in civil rights and political campaigns to his desire to learn and the scientific logic he gained in college. “It taught me to build,” he explained. “You have to be daring.” He thanked God for the spirit and energy that allowed him to “stand up to racism.”

Former resident Wanda Baker-Joseph summed up Barry’s legacy: “He was the people’s mayor, and in the end the people loved him regardless of his personal indiscretions until the day he died.”

9 am: Brief ceremony to receive Mayor Barry’s casket at the Wilson Building, where his remains will lie in repose for 24 hours.

8 am – 3 pm: Thousands to attend a celebration of Mayor Barry’s life and legacy