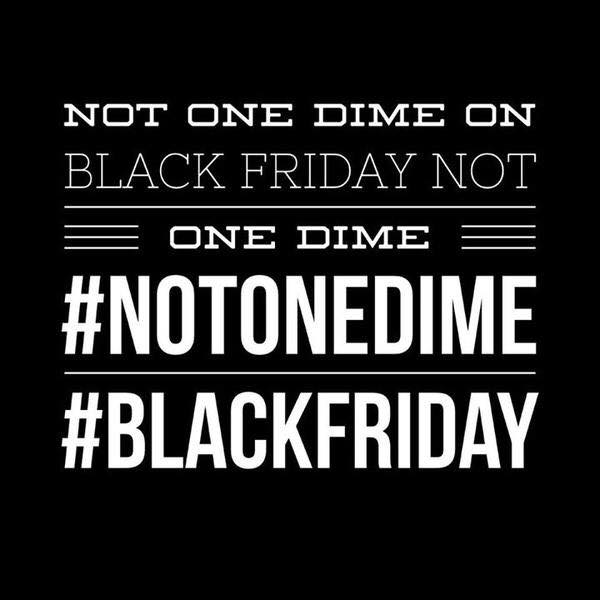 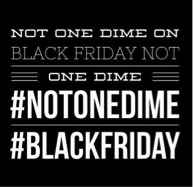 Since the verdict of no indictment of officer Darren Wilson in the slaying of Mike Brown, people all over the nation have been in an uproar. They have taken to social media such as Twitter and Facebook trying to show the government that they want equality; to show that “Black Lives Matter” is not just a hash tag.

On Black Friday retail stores make the most money. According to bloomberg.com, “online spending on Black Friday increased 15 percent to a record $1.23 billion.” This shows that 66 million Americans shopped online on Black Friday.

Regardless of how the majority of Black Friday consumers shop, protestors and Mike Brown supporters are opting to “not spend one dime on Black Friday”at White-owned businesses. Instead, they intend to spend their money at Black-owned businesses, which enforces the hash tag “Blackout Black Friday.”

One Bison, Aliya Jones, 21, from Norfolk, Va., made it clear that she is “not spending one dime” on Black Friday.

“Many of our political leaders have stock in these big name companies,” Jones said. “Every Black Friday they sit back and watch as we scramble to get discounts on items for the holiday season.”

According to the National Retail Federation’s Forecast, it is estimated that there will be a “4.1 percent increase” in sales for November and December of 2014. They are also estimating $616.9 billion in total sales and an eight to eleven percent increase for online sales. These estimates are what Mike Brown supporters intend to disprove.

“I believe that all they want is money and, essentially, money is power,” Jones said. “So when we hit them where it hurts, it will make an impact. Then we can start investing in our own people.”

“I find that amusing because they are really trying to stop a movement of Black people taking over,” said Jones in regards to the “Around the Way” app being removed from the App store. “I believe that they know we would plan this so they tried to stop it by deleting the app.”

However, this has not discouraged Jones.

“What they don’t know is that we’ve reached a place of no return,” she said. “We won’t stop just because they deleted an app. If we have to type up one by one, we will.”

“We have to be consistent and do this every Black Friday until we only shop at Black-owned businesses, but it can and will be done,” Jones said.

Here are some Black-owned businesses so you can start shopping Black on Black Friday:Solo Noir for Men: Solo Noir for Men is a skin care line that uses natural ingredients to achieve perfect skin. Solo Noir for Men aims to make men feel dapper, smooth, refined, sleek, brave and so much more. Go to solonoirformen.com and check out their awesome skin products!Jay-Jill Cosmetics: Jay-Jill Cosmetics is “Professional Makeup for the Everyday Woman.” The company was founded by CEO Jill St. Williams. Jay-Jill Cosmetics is affordable, quality and specializes in skin care products for women of color. Its products consist of a collection of professional colors and targets women of all walks of life. Visit jay-jillcosmetics.com to see their beautiful collections.Moruka Designs: Moruka Designs is a handbag company which was created by Julian Gravesande. The company was inspired out of love for her home country Guyana and her passion of creating handbags. Go to moreukadesigns.com to start shopping!Sol Creamery is a line of body butters and other natural products for the entire family: solcreamery.com,For more Black-owned retail stores, visit culsire.com.