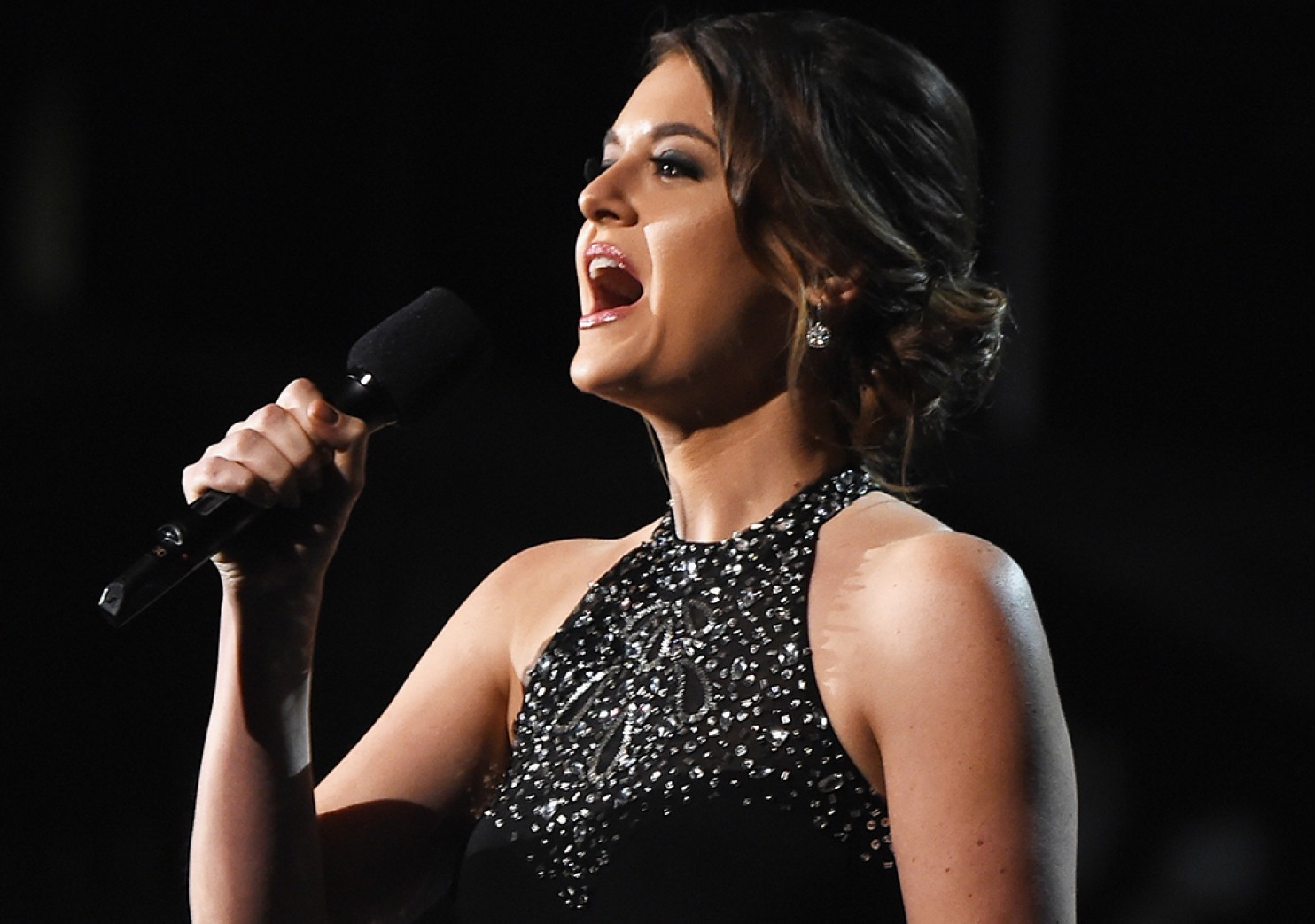 Grammys Stands Up to Domestic Violence With Mixed Results

The 2015 Grammys infused messages with the music. President Barack Obama shifted the mood with a serious message about violence against women, and a domestic violence survivor gave a heart-wrenching spoken word about her experience with an abusive ex-boyfriend.

“After a year of passionate romance with a handsome, charismatic man, I was stunned when he began to abuse me,” Brooke Axtell said when she took the stage to introduce Katy Perry’s solemn performance of “By the Grace of God.”

“I believed he was lashing out because he was in pain and needed help,” Axtell continued. “I believed my compassion could restore him and our relationship. My empathy was used against me.”

Obama’s statement as part of the campaign “It’s On Us” reminded the audience that “artists have a unique power to change minds and attitudes, and get us thinking and talking about what matters.”

Neil Portnow, president and CEO of the Recording Academy, shares this sentiment. “Different writers and artists have different points of view about issues and concerns,” Portnow told USA Today in a pre-show interview. “We like to elevate those thoughts and put them in context. … It’s appropriate for the Recording Academy to put a spotlight on what artists are thinking.”

Despite the powerful messages against domestic violence the Grammy’s displayed, many observers accused the show of sending mixed messages because of the nominations for Chris Brown and R. Kelly. Brown, who was convicted for assaulting Rihanna in 2009, was nominated for Best Urban Contemporary Album for “X.” He and R. Kelly, who has been charged with domestic violence in the past, were both nominated in the Best R&B Performance category.

“I think it is messed up Chris Brown got nominated last night, but I think that a musician should be judged for their music,” said Shamara Phillips, a sophomore majoring in finance at Howard University. “I also think that the hoopla with Brown is overrated, but only because we had Eminem actually win something and doesn’t he always talk about the ways he wants to hurt women in his songs?”

“I mean, what else can Chris Brown do?” Gisel Ortiz, junior Biology major, asked. “He went to court, got convicted and apologized. Don’t forget, but acknowledge that he does make music people enjoy. He can’t un-hit her. It’s horrible what he did, but you can’t bring it out anytime it’s convenient to a cause but ignore others like Eminem or even Emma Roberts when she hit Evan Peters.”

Kelly Lane, junior nursing major, sees a racial element in Brown’s treatment. “I just feel that people are going so hard because he’s black, and recently black people have been on the news for domestic violence with the Ray Rice and NFL,” Lane said. “If he was white, it would have been brushed under the rug to be honest.”

Many shared the same sentiment on Twitter. Feminist Roxane Gay compares the Grammy’s actions to the NFL’s anti-abuse campaign. Musician Alex Gaskarth tweeted: “Wow. Unbelievable. Maybe #ItsOnUs to not invite people like @chrisbrown to the fcking Grammys. Am I wrong?”